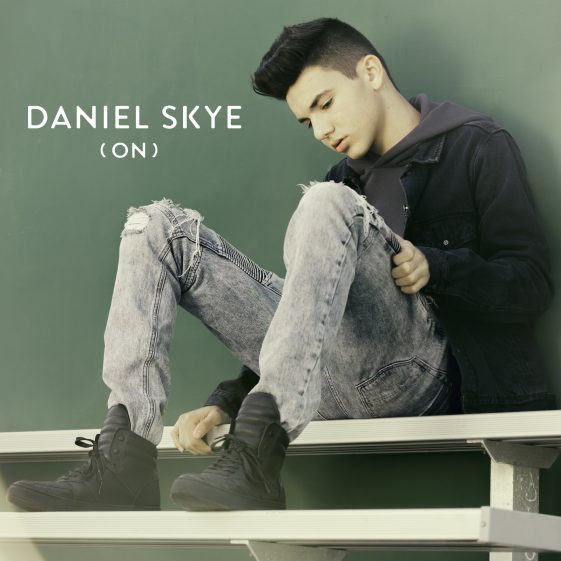 (New York- January 13, 2017)- Today, 16 year old Daniel Skye releases his first official single for RCA Records entitled “ON.”  Daniel is an Instagram and social media sensation with over 28 million streams on Spotify and over 19 million streams on YouTube. CLICK HERE to watch the lyric video for “ON.”

“ON” was co-written by Daniel Skye and Starrah (Rihanna, Drake, Travis Scott, The Weeknd) and produced by Oak, known for his work on Alessia Cara’s “Here,” Tory Lanez’s “Say It” and Nicki Minaj’s “Crying Game.”

Teen authority Tiger Beat nominated Daniel as one of their 19 Under 19 in 2016,  one of the very few musicians who landed among the influential group of youth leaders, disrupters and inspirations, which also included Shawn Mendes, Daya, and Hailee Steinfeld.

Daniel released the video and track “Good As It Gets”  at the end of 2016 to announce his signing with RCA. The track was co-written by Daniel Skye and produced by Charlie Handsome (Kanye West, Post Malone, Mac Miller).

Raised in Hollywood, Florida and now an LA resident, Daniel has dedicated the last 3 years of his life to music, and has amassed an extraordinary amount of popularity online, with over 5 million followers combined on his social platforms (2.3m Instagram, 1.74M Musically, 636k Twitter followers, 332k YouTube/Vevo subscribers and 231k Facebook friends, and growing every day). At such a young age, Skye already has considerable touring mileage under his belt, performing at major venues across the U.S. on tours such as at the 2015 DigiFest with Demi Lovato, Magcon, Sunsation, and was selected to perform as part of Macy’s back to school campaign where he was greeted with thousands of screaming fans. Click Here to watch a video of one of these in-store performances.

Daniel released his first original song “Maybe” in December 2014, which has earned over 4.4 million views on YouTube, and features behind-the-scenes footage of Daniel on tour. Click HERE to watch it now. His second original song “LoveSick Day,” charted on the iTunes Pop singles chart to great fanfare. In May 2015, he released “All I Want” feat. Cameron Dallas, which debuted on iHeart, and instantly climbed the iTunes Pop charts to #12 in the US, and charted Top 5 in various countries overseas.  His self-released single “Smile” out in July 2015 has amassed already over 5 million views. Since signing with RCA last year, Daniel has released a few tracks for his fans “Good As It Gets” ,  “No Party” and “Last Call.”