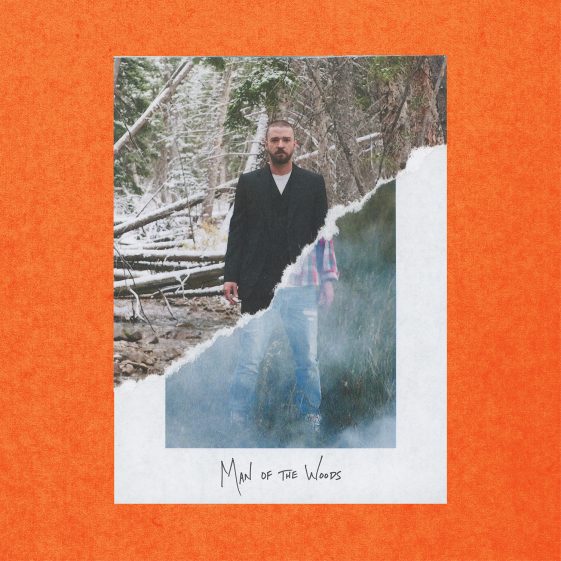 Justin Timberlake To Release Man Of the Woods On February 2nd

FIRST SINGLE AND VIDEO, “FILTHY” TO BE RELEASED JANUARY 5TH

(New York, New York – January 3, 2018) – Ten time Grammy® winner and four time Emmy® winner Justin Timberlake is set to release his fourth studio album, Man of the Woods on February 2nd via RCA Records.  The album will be available for pre-order alongside the release of his brand new single and music video, “Filthy” on January 5th.  “Filthy” was co-written and co-produced by Timberlake, Timbaland, and Danja with additional writing credits from James Fauntleroy and Larrance Dopson.

Man of the Woods marks Timberlake’s most ambitious album to date, both sonically and lyrically. Combining the sounds of traditional American rock with the modern influences of collaborators The Neptunes, Timbaland, Chris Stapleton, and Alicia Keys, this new material explores storytelling inspired by his son, his wife, and his personal journey from Memphis to where he is today.

The colorful, futuristic music video for “Filthy” was directed by groundbreaking and multiple award-winning director Mark Romanek.  The dance heavy video features Timberlake as a modern day inventor presenting his latest creation to the world.  This is the second time Timberlake and Romanek have teamed up for a one-of-a-kind video.

Following “Filthy” and leading into the February 2nd Man of the Woods album launch, Timberlake will release three additional music videos, each with their own individual style and color from three different directors.  The additional songs will be released weekly starting on January 18th leading up to the release of the full album.

Two days after the release of the album, Timberlake will hit the stage and headline the Pepsi Super Bowl LII Halftime Show on Sunday, February 4th.

Target will carry an exclusive version of the album, featuring unique cover art, a poster and a digital download code. In addition, the retailer will release a special version of the Vinyl edition. Presale begins Jan. 5.

Multi-talented actor and musician Justin Timberlake has sold over 32 million albums worldwide, sold out arenas all across the globe, received numerous awards and nominations and has wildly become one of the most highly respected entertainers in the business.

All three of Timberlake’s solo albums (Justified, FutureSex/LoveSounds and The 20/20 Experience) have received various platinum or multi-platinum certifications worldwide. In the US, Timberlake has received five #1 songs on the Billboard Hot 100 with seventeen being in the top ten as well as garnered the most Mainstream Top40 Top 10’s among solo males in the chart’s 25-year history (18 total).

Most recently, Timberlake released the 4X platinum selling song “CAN’T STOP THE FEELING!” from the film TROLLS which debuted #1 on the Billboard Hot 100, became the singer’s first #1 debut on the chart and ultimately the best-selling US single for 2016.  Additionally, it marked Timberlake’s tenth Grammy Award® and garnered a nomination for an Academy Award® and Golden Globe Award®.

A gifted actor, Timberlake has appeared in diverse films including ALPHA DOG, BLACK SNAKE MOAN and SHREK THE THIRD. He won strong reviews for his performance in Oscar®-nominated THE SOCIAL NETWORK.  His other credits include BAD TEACHER, FRIENDS WITH BENEFITS, IN TIME, INSIDE LLEWYN DAVIS, RUNNER RUNNER, TROLLS and WONDER WHEEL. Timberlake has also won four Emmys for his appearances on “Saturday Night Live.”

See the Man of the Woods Album Trailer Here