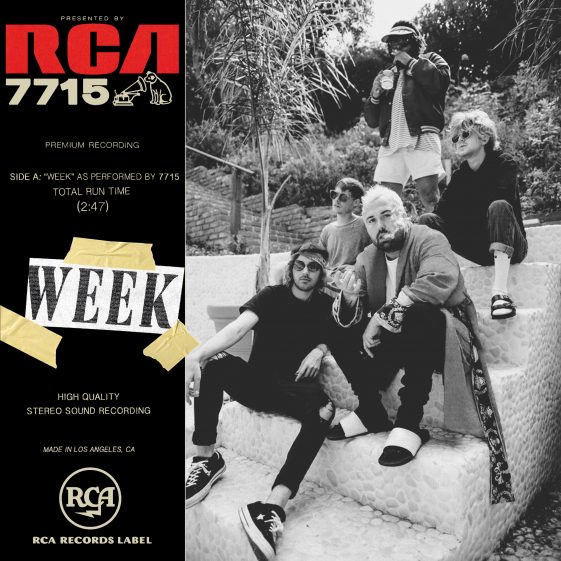 “We are excited to be signed with RCA, the best label in the universe,” says the band “they really heard and understand what we want to do as a group and made our decision easy.  We can’t wait to see what people think of “Week” and hope everyone has as much fun with the song as we did making it.”

7715 consists of Stu Da Boi, Tyler Wilson, JP Clark, Dan Geraghty and JRM. Though the specific details may be a little foggy now, the story of 7715 Bluebell Avenue in Southern California comprises parties to rival Project X and The Hangover, magical impromptu late-night jam sessions, and the start of an eternal, the four lifelong musicians penned a song together in order to help Stu get over a breakup during January 2018. The intersection of three voices—namely Stu, JP, and Tyler—proved undeniable when backed by Dan’s production and instrumentation.  Throughout 2018, the boys wrote and recorded. They welcomed an old buddy JRM into the fold and perfected a signature sound along the way.

To Listen or Purchase “Week”: