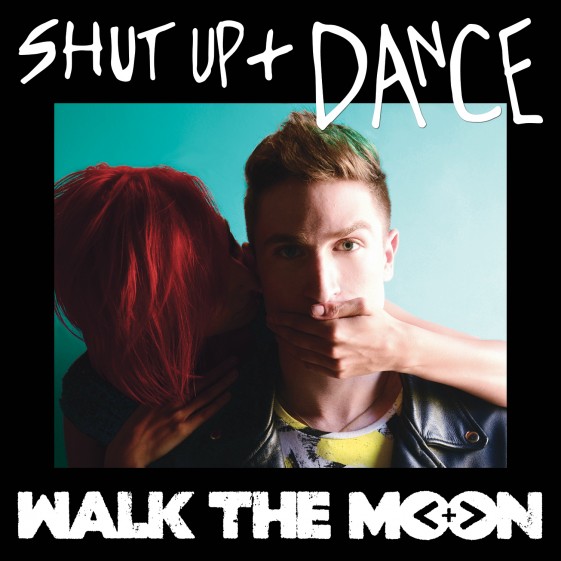 8tracks Premieres Walk The Moon’s “Shut Up And Dance” Video

Critically praised alt rock band WALK THE MOON releases new music video for their latest hit single “SHUT UP AND DANCE”. The video which was shot last month in Los Angeles was directed by Josh Forbes and co-directed by WALK THE MOON. “Influenced by the plot- driven music videos of the 80s and nerdy visuals of 90s television, our new video for Shut Up and Dance is a trippy story of dork victory. We are the proud mothers and co-directors of this weird throwbacky fantasy, alongside the brilliantly funny Josh Forbes,” comments the band’s lead singer, Nicholas Petricca about the video.

WALK THE MOON teamed up with the growing music discovery platform 8tracks, who for the first time ever, partnered with an artist to launch a video on their platform. As one of the most popular music destinations for WALK THE MOON’s enthusiastic fans, the band collaborated with 8tracks to offer users an exclusive first look video premiere for “Shut Up and Dance” before it went live across Vevo.com. Throughout the week, WALK THE MOON’s 8tracks “Shut Up and Dance” playlist will be featured on the home page with video access from their profile page. In addition, Mashable is supporting the video premiere with an exclusive interview about the video with Nicholas Petricca and by posting an exclusive link to the 8tracks site along with a video #tbt playlist created by WALK THE MOON.

WALK THE MOON is currently on their sold out “Shut Up and Tour” fall underplay, tour giving fans a small taste of what is to come from their upcoming sophomore album due out later this year on RCA Records. In the coming weeks WALK THE MOON will announce plans for their next tour in spring 2015.

In 2012, now signed to RCA Records, WALK THE MOON was named one of MTV’s 2012 Artists To Watch and were poised to release their self titled debut album through the label. The band made their network television debut with a spotlight feature on NBC’s Last Call With Carson Daly and would follow up that performance with appearances on Letterman, Fallon and Conan. That same year they would embark on their first headlining tour having previously toured with a variety of bands including Weezer, Grouplove, Young the Giant and Kaiser Chiefs. “The precocious Ohioans stack melodies upon melodies in new- wave-infected songs that attack the ear like a starving Mike Tyson” raved Rolling Stone about the band on tour.