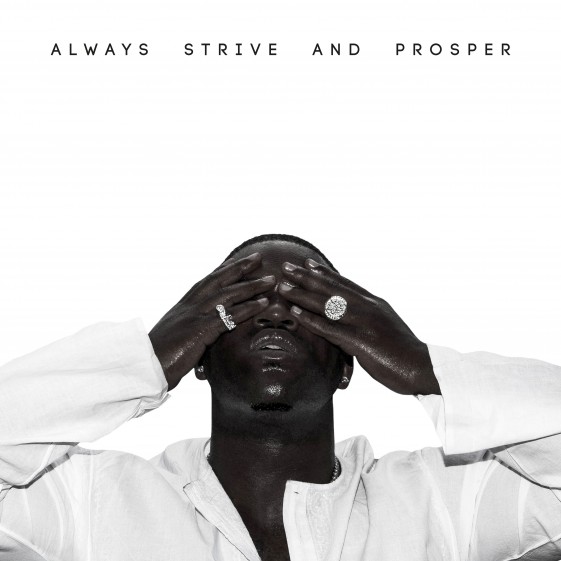 [New York, NY – March 22, 2016] Fresh off of taking Austin, TX by storm with his crowd-pleasing show opening performance of his hit single “New Level” at the MTV Woodies/10 for 16 Music Festival, A$AP Ferg announces today that his highly anticipated sophomore album Always Strive and Prosper is confirmed for an April 22nd release on A$AP Worldwide/Polo Grounds Music/RCA Records.  Always Strive and Prosper will be available for pre-order on March 25th at all digital music providers.  Fans who pre-purchase the album will receive an instant download of Ferg’s current single “New Level” featuring Future and the brand new track “Let It Bang” featuring ScHoolboyQ.

Always Strive and Prosper is destined to be the breakthrough album that clearly defines the Trap Lord’s footing in the rap game.  Introspective and entertaining, Ferg delves deep into topics ranging from his Harlem neighborhood, “Hungry Ham” (Hamilton Heights), to working at Ben & Jerry’s and everything in between.

“This album is by far the best work I’ve created and showcases my versatility and taste in the music that I love,” states Ferg. “The mission for this album is for my fans to get a deeper look into my life; to know my origin, my family and the obstacles I’ve faced while growing up.  More importantly, I want to encourage people to always strive and prosper because if an inner city kid from Harlem, NY can make it then they can as well.”

A$AP Ferg emerged on the music scene in 2012 as one of the leading members of the Harlem, NY collective, A$AP Mob. He spent 2012 fortifying the groundwork to his ascent to “Trap Lord” by appearing on various tracks on A$AP Rocky’s major label album debut, LONG.LIVE.A$AP and followed up by showcasing his talents for sold-out audiences while on tour with A$AP Rocky, Rihanna and Drake.   In 2013, A$AP Ferg released his debut project Trap Lord (A$AP Worldwide/Polo Grounds Music/RCA), which entered at #9 on Billboard’s Top 200 chart, #2 on the overall Rap Albums chart, #4 on the overall R&B Albums chart and #5 on the Top Digital Albums chart and earned Ferg the “Who New? Rookie of the Year” BET Hip Hop Award.  Trap Lord included the breakout hits “Work REMIX” featuring A$AP Rocky, French Montana, Trinidad James & ScHoolBoy Q, and “Shabba,” also featuring A$AP Rocky.

Since the release of Trap Lord, Ferg hasdelivered electrifying performances at the 2013 BET Awards, Skrillex’s New Year’s Eve at Madison Square Garden, Pitchfork Music Festival, goHARD Spring Festival, Air + Style Festival and BUKU Festival , among others.  Ferg has also headlined his “Turnt x Burnt” tour and rocked stages while on tour with Juicy J and most recently G-Eazy on the sold-out “When It’s Dark Out” tour.  In addition to his music,  A$AP Ferg has established himself as an innovator in art and fashion with his recent collaboration with Adidas footwear and apparel skateboarding collection and partnering with LA denim brand, AGOLDE.