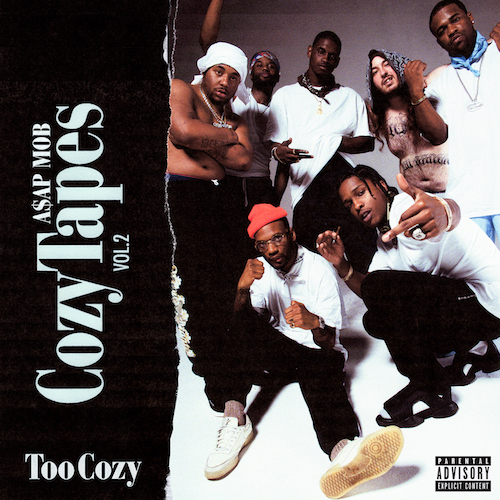 WATCH THE OFFICIAL VIDEO FOR NEW SONG “FEELS SO GOOD”

Released earlier this year, the Mob’s first single off the album, ”RAF,” featuring A$AP Rocky, Playboi Carti, Quavo, Lil Uzi Vert and Frank Ocean, arrived to critical acclaim and has now reached over 65 million combined audio streams and video views worldwide across all digital platforms. The video features Rocky, Carti and Quavo modeling both new and rare, limited edition pieces from the Raf Simons archives.  Last week, A$AP Mob released a new video for “Feels So Good” after they premiered the track on The Tonight Show Starring Jimmy Fallon – watch at links below.

A$AP Mob is preparing to embark on their TOO COZY TOUR,  a 19-city trek across the US, kicking off September 23rd in Lowell, MA and bringing the madness across the country until November 3rd in Broomfield, CO, with A$AP Ferg and Playboi Carti on select dates. A Chicago date has been added on October 11th. Tickets and more information about the tour are available at www.asapmob.com.

WATCH THE OFFICIAL VIDEO FOR “FEELS SO GOOD”: https://www.youtube.com/watch?v=LtlO4FVzXew