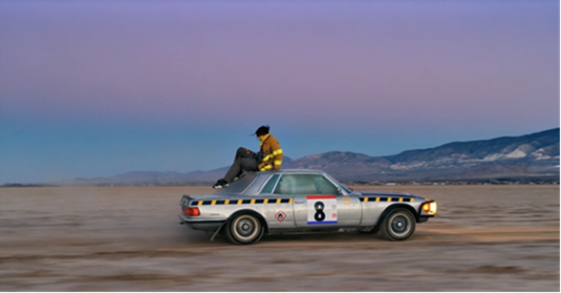 [New York, NY – November 30, 2018] Today A$AP Rocky dropped a video for “Gunz N Butter,” featuring Juicy J, off his third studio album, TESTING, which has garnered over 1 billion streams worldwide, landing at #1 on the iTunes charts in 16 countries upon release earlier this year. The video is directed by James Mackel.

Continuing to engage his fans with creative drops, “Gunz N Butter” comes on the heels of A$AP Rocky’s new track and video Sundress, which was released last week,  as well as the video for TESTING’s “Fukk Sleep,” featuring FKA twigs earlier this month.

The new video comes ahead of his highly-anticipated Injured Generation Tour.  The 18-city North American tour kicks off on Tuesday, January 8th in Minneapolis at The Armory, and will make stops in Los Angeles, Chicago, Philadelphia, Atlanta and more, before wrapping on Wednesday, February 6th in Kent, WA at accesso ShoWare Center. The tour is produced by AEG Presents.  Tickets are on sale now at https://tstng.co/shows.html

With two critically acclaimed, #1 debuts on the Billboard 200 for previous albums, Long. Live.A$AP and At.Long.Last.A$AP and over 5.9 billion streams worldwide, TESTING launches a new era for Rocky, exploring new sounds and ideas in an unparalleled musical landscape where he continues to break the mainstream mindset with sonics rarely heard in hip-hop. Executive produced by A$AP Rocky and co-executive produced by Hector Delgado, Juicy J, Chace Johnson, and AWGE, TESTING was recorded over three years between New York, LA, London and Berlin. This album picks up where Rocky last left off, weaving mind-melting aural psychedelics into hip-hop that is, at times dark and confessional, and in other moments uplifting and celebratory. Rocky is joined on TESTING with features from Juicy J, T.I., Moby, Frank Ocean, French Montana, FKA twigs, Skepta, Kid Cudi and Kodak Black. Carrying on the legacy of the A$AP Mob co-founder A$AP Yams, Rocky and the A$AP Mob released two mixtapes, 2016’s Cozy Tapes Vol 1: Friends- and 2017’s Cozy Tapes Vol 2: Too Cozy, featuring the hit single “RAF” which has now racked up 208 million streams worldwide.