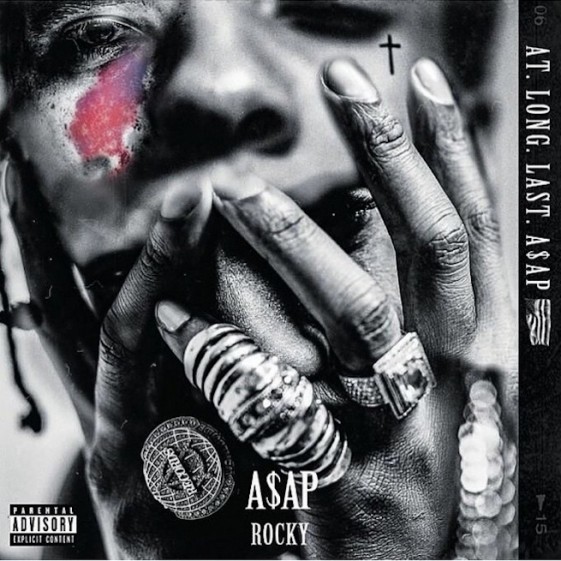 A$AP Rocky claims the #1 spot on multiple charts this week with his critically acclaimed sophomore album At.Long.Last.A$AP (A$AP Worldwide/Polo Grounds Music/RCA Records), including his second #1 entry on Billboard’s Top 200 Album, R&B/Hip-Hop and Rap charts, according to Nielsen SoundScan. The outspoken MC also takes the #1 position on Spotify’s Top Album chart, breaking Drake’s nine-week run at #1 and placing A$AP Rocky as the #1 Top Artist on the streaming site. Eleven tracks off of the album have generated over 1 million streams each in the US since its unexpected release on May 26th.

Internationally, Rocky lands the #1 spot on Canada’s Top Album chart and debuts at #10 in the UK. The album also marks career high Top 10 entries in Australia, Switzerland and New Zealand with only half the chart week. Additionally, At.Long.Last.A$AP peaked at #1 on iTunes in 31 markets including UK, Canada, Australia, France, Germany, Switzerland, Denmark, Finland, New Zealand, Poland, Russia and Ireland.

A$AP Rocky’s return to the top of the charts is complemented with an overwhelming response from fans and media with the Los Angeles Times describing the album as “raw, woozy, profoundly psychedelic and often brilliant.” The New York Times proclaims “Rocky is a more precise and impressive rapper… a rapper who understands his talent in relation to that of his peers and that of his influences, unafraid of showing you his blueprint.” Rolling Stone cites “At.Long.Last.A$AP takes the gritty East Coast classicism and syrup-drippin’ Houston screwiness of his killer 2013 debut, Long.Live.A$AP, and adds an extra level of psychedelic sprawl…”

In 2013, A$AP Rocky announced his global arrival in a major way with his chart-topping debut album LONG.LIVE.A$AP. Despite leaking a week prior to release, the album entered at #1 on Billboard’s Top 200, Hip-Hop Albums, R&B Albums and Digital Albums charts. LONG.LIVE.A$AP also made Top 10 chart entries in 24 countries around the world and included the platinum-selling Noah “40” Shebib produced track “F**kin’ Problems,” featuring Drake, 2 Chainz and Kendrick Lamar, which won a BET Award for Best Collaboration, BET Hip-Hop Award for Best Collaboration, Duo or Group, MTV Video Music Award Japan for Best Hip-Hop Video, and nominated for a Grammy Award for Best Rap Song.

In support of the album, A$AP Rocky will embark on a European tour later this month. Tour dates will be announced shortly.