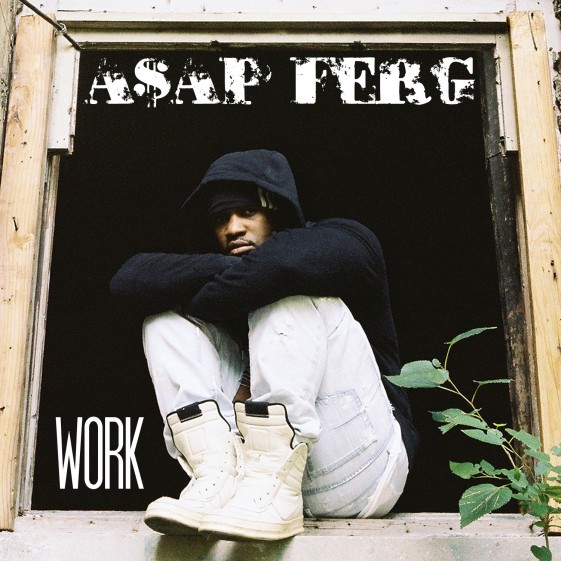 Polo Grounds Music/RCA Records has signed another standout member from the A$AP Mob collective – A$AP Worldwide artist A$AP Ferg. With his energetic single “Work,” Ferg is currently taking mixshow radio airwaves by storm, including New York City’s Hot 97.1 and Power 105.1 stations, and is further solidifying the depth of talent being honed by partners A$AP Rocky and A$AP Yams’ label A$AP Worldwide. The debut single will be available for purchase on iTunes January 22nd.

“I’m just proud right now because this is everything we wished and hoped for,” commented Rocky on Ferg’s signing. “A$AP Ferg worked hard for this and I put all my faith and backing into him. I feel like ‘Work’ is our generation’s “Sippin On Some Syrup” [Three 6 Mafia feat. UGK] or “Chickenhead” [Project Pat feat. La Chat & Three 6 Mafia], it has that feeling.”

Produced by up-and-comers Chinza & Fly, Ferg’s “Work” originally surfaced this past summer on the A$AP Mob’s self-released mixtape, LORD$ NEVER WORRY, and followed with a enticing self-released video (directed by Shomi Patwary, Thuan Tran, & Ferg) that has already amassed over 1.3 million views on Youtube. Recently named one of the “50 Best Songs of 2012” by lifestyle publication Complex.com, the lively track has become a fan favorite, along with other shining mixtape cuts “Choppas On Deck” and “Persian White.” The Harlem native has captivated audiences with his gritty sound by delivering memorable performances this past fall while touring on A$AP Rocky’s headlining “LONGLIVEA$AP” national tour.

With recognition by Rollingstone.com as an “Artist to Watch” within the A$AP Mob, and a bold verse on “Ghetto Symphony,” a track on the deluxe version of A$AP Rocky’s forthcoming debut album LONG.LIVE.A$AP, the melodic wordsmith A$AP Ferg is on a promising path of expanding his fan base in 2013. Currently, the creative and fashion enthusiast is recording new music and promoting his self-owned Trap Lord clothing brand.