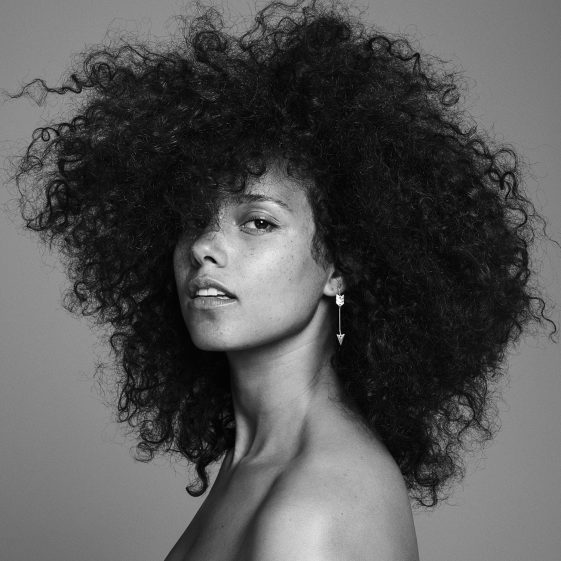 on all digital platforms and streaming services

NEW YORK, NY, OCTOBER 7, 2016 – Fifteen-time Grammy®-winning singer, songwriter and producer, Alicia Keys, will release her new highly-anticipated sixth studio album, HERE, on November 4th on RCA Records. From the human condition to global politics, HERE offers a keen glimpse of everything that matters most to Keys.

Today, Alicia released the beautiful new song “Blended Family (What You Do For Love)” featuring A$AP Rocky from the upcoming album. Co-written by Alicia Keys and produced by Keys and Mark Batson, the song is a reflection of the honesty portrayed throughout all of HERE.

“My new song “Blended Family (What You Do For Love)” is inspired by my family’s personal journey to cultivate deeper understanding, compassion, support and love,” says Keys. “To me, family has no singular definition and the modern family is made up of all kinds of beautiful people willing to put love first.” You can listen to “Blended Family (What You Do For Love)” here:

Urgent, intimate and musically daring, HERE is Keys’ truth laid bare: each track a confession; every melody a prayer.

The majority of HERE’s production credits belong to a creative force Keys calls the ILLuminaries, comprised of herself; songwriter/producer Mark Batson; rapper/producer Swizz Beatz; and long-time Keys songwriting collaborator Harold Lilly.  With this album, Keys made a list of things she wanted to talk about, themes she wanted to explore. The result is HERE speaking to Alicia’s roots in NYC and hip-hop culture.  The music on the album blends her perspective of the raw humanity of the world and who she is today as a woman and artist.

“On this album, I’ve arrived HERE,” Keys says. “A place where I’m willing to truthfully look at myself in the mirror and to also see the reality of who we have become in this world. The good, the ugly, the shadows and the light. I’ve come to realize that in order for us to grow and to understand and accept each other we have to recognize the complexity of ourselves. We have to be able to talk about it and meet each other where we are, HERE.”

Keys will showcase new music from the powerful and moving album with a special free concert for fans at a secret, iconic location in her hometown of NYC on Sunday, October 9.

HERE is available for pre-order now. A full track listing, list of performances and more information for HERE will be announced shortly.

About Alicia Keys:
Alicia Keys is a 15-time Grammy® Award-winning singer/songwriter/producer, an accomplished actress, a New York Times best-selling author, an entrepreneur and a powerful force in the world of activism. This fall Alicia joined NBC’s “The Voice” for its 11th season, alongside Miley Cyrus, Adam Levine, and Blake Shelton—the 1st time the show has had two female judges at once.