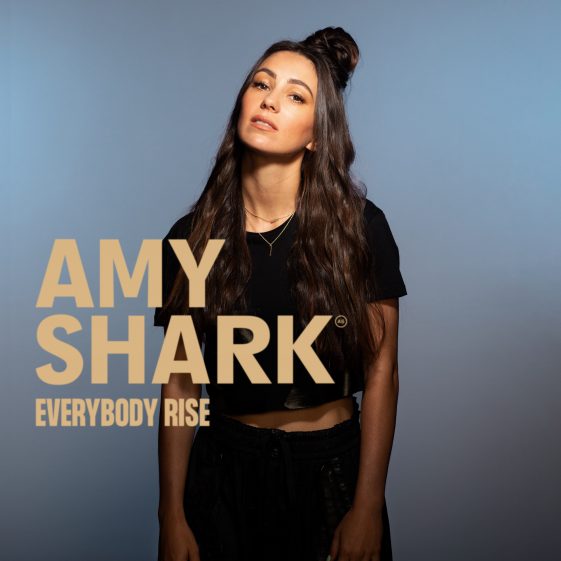 ‘EVERYBODY RISE’ IS AVAILABLE TO PURCHASE/STREAM NOW!

‘Everybody Rise’ is Amy at her most meticulous – storytelling with adventurous melodies and experimenting with her voice like never before. Amy’s unique ability to connect with her audience through nuanced and emotive lyrics remains strong, in this case taking the feeling of unrequited love and turning it on its head.

Produced by Joel Little (Lorde, Taylor Swift, Shawn Mendes) and mixed by Serban Ghenea (The Weeknd, Ellie Goulding, Katy Perry, Halsey),  ‘Everybody Rise’ is a commentary on worship culture, how we create idols on social media while losing track of the humanity right in front of us. “The whole idea of writing a song about unrequited love feels overcooked and everyone’s done it, I know,” says Amy. “But I don’t feel like anyone’s done it like this before. I wanted it to sound like all these broken hearts getting together and being like, ‘We all wonder what it’s like to be with you.”

The cinematic video for ‘Everybody Rise’ was filmed in Nashville and directed by Patrick Tohill. Watch HERE.

Amy Shark burst into the global music scene in 2016 with her breakthrough 5 x Platinum single ‘Adore’ putting her on the map as one of Australia’s most formidable emerging songwriters. The track was Top 15 at AAA and Top 25 at Alternative. This was followed by 4 x Platinum and number one AU Airplay Chart hit, ‘I Said Hi’ and the 2019 platinum single ‘Mess Her Up’. Amy’s debut/breakthrough #1 ARIA album and Platinum certified LOVE MONSTER was recognized in 2018 with four ARIA awards (“Album of the Year”, “Best Female Artist”, “Best Pop Release”, “Best Producer’ [Dann Hume]) and was nominated for another five. In the US,  LOVE MONSTER debuted at #1 on the Heatseekers and Alternative New Artist Chart.  LOVE MONSTER went on to become the highest selling album by an Australian artist for 2018.

Amy has toured extensively throughout Australia and abroad, performing on several major US television shows including The Late Late Show with James Corden and The Tonight Show Starring Jimmy Fallon. Though a 2020 tour is up in the air for now, Amy plans to return to North America in 2021 with her new live show.

“This single is me properly hitting my stride,” she affirms. “The next chapter will define me even more than LOVE MONSTER did.”