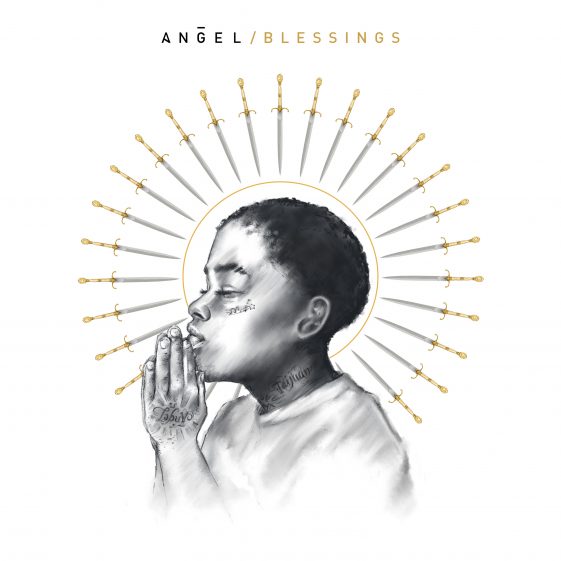 NEW SINGLE AND VIDEO FOR “BLESSINGS” OUT NOW

To celebrate the signing, Angel releases his new single, which he wrote and produced, and accompanying music video for “Blessings.”  Premiered earlier today on Complex, the scenic video was shot in London and shows Angel surrounded by his community. The video is directed by Paul Akinrinoloa and produced by Stephané Alexandre. Click HERE to watch.

“Blessings” is Angel’s first U.S. based release and first single under his newly inked deal with ByStorm Entertainment and RCA Records.

“I’ve been doing this for a while and I feel blessed to wake up and be able to keep doing what I love every day. It’s the simple things. I’m proper excited to get this new music to you all as my Dad always says, ‘The Race is not for the swift but for who can endure.’”– Angel

British singer/songwriter and producer, Angel was raised in West London where he developed a love for music at a young age. Surrounded by a keyboardist father who accompanied reggae luminaries like Bob Marley and a mother who introduced him to the swirling, sensuous world of 1990s R&B allowed Angel to study different genres and create his sound. His first mixtape Patience Is A Virtue displays his uncanny merge of island sounds and the walking-on-air vibes of American R&B and hip-hop—a juxtaposition core to his upbringing and musical experience. In 2012, his single “Wonderful” peaked at #9 on the UK Singles Chart and topped the UK R&B Chart. Angel co-wrote on Roll Deep’s chart-topping “Green Light” and collaborated with fellow UK leading lights like Wiley and Giggs on the mixtape 7 Minutes Before Time. Last year saw the release of his sophomore record Woman, which took his predilection for R&B further than ever before. “It represented me more ways than one,” he explains. “The sound, what I’m talking about, the relationships I’ve had with women in my life, from my mom and my sister to different females. It’s about the things that we go through every day with women, and I was putting that out there.”

2019 is looking to be a bright year for Angel with the launch of “Blessings” and his newfound home at ByStorm Entertainment/RCA Records. Additionally, Angel is managed by Bernard Alexander for BAM LLC.