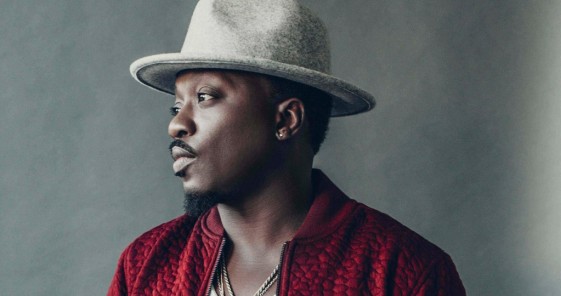 Anthony Hamilton knows the perfect formula for making people fall in love with his music.

Story by: Kiah McBride for XONecole.com

Though I can’t remember the first time that I heard “The Point of It All,” I do remember how I felt. It’s the same feeling that I get every time that I hear it now—as if I, too, am so head over heels in love that I can’t imagine life without my significant other. There’s something irresistible about his rich vocals that pull you deeper into the melody. It’s romantic, but not sickeningly so. Even if you’ve never experienced a love like his, for three minutes and 50 seconds you’ll at least get a taste of what you’re missing.

“Sing it like I mean it,” he says. “People connect to that. They feel the energy when you’re putting your life into it. They start to need it, start to tell everybody else about it, and next thing you know you have this community of people who love this certain feeling from music and they become your fans from just telling the story and making it beautiful, or real and transparent.”

For two decades, the Grammy-Award Winning artist has shown up and shown out on each of his eight albums with hit singles including “Charlene” and “Cool” along with an impressive list of collaborations from Al Green and Carlos Santana to Jadakiss and Nas. It’s no denying that the man can sang. Not just sing, but that take you to church feel it deep down in your soul sang. A minute into our interview and he can’t resist turning our casual conversation into a spontaneous lyrical outbreak, smoothly transitioning from a deep tenor to a soulful soprano while his team chuckles in the distance.

We have a lot in common, Anthony and I. From our North Carolina roots and love for Dame’s Chicken & Waffles (it’s all in the smear) to our attire that day—black pants, plain tee, and a signature wide-brimmed hat that we both rock religiously for our own individual purposes. We even have similar views on life and love–how society celebrates nothing but the moment instead of toasting to the journey, and that despite what radio may want you to believe, romance exists and is still waiting to be embraced by those tired of emotionless encounters. “There’s love still available. There’s respect still available. These things are still available, and they’re free,” he says.

Anthony reminds us of this through soulful ballads that take us on a journey of life, love, pain, and joy—implications of his mental state at the time each album was recorded. His current state of mind? It’s time to celebrate the good woman who can bring a man to his knees because of her love, and on his latest single release “Amen” off of the forthcoming album What I’m Feelin’ he does just that. It’s a contrast to the mainstream sound where the lines between lust and love are mistakenly blurred, and it’s something that we talk more in depth about as we dive into the topics of love, vulnerability, and why we need to eradicate the fear of success.