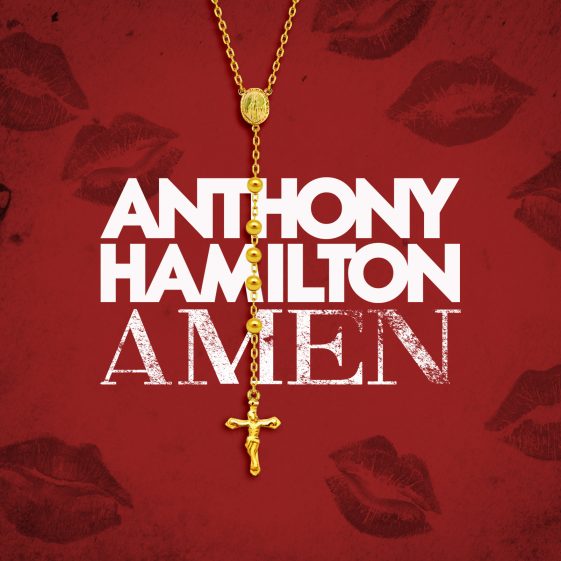 (New York – July 26, 2016) Grammy Award winner singer/songwriter Anthony Hamilton has earned the #1 spot this week on the Urban Adult Contemporary Radio Chart with his hit single “Amen” after 25 weeks on the move. This marks Hamilton’s third time topping the chart, having “Pray For Me” and “Can’t Let Go” reach #1 as well.

The single is off Hamilton’s fifth studio album What I’m Feelin’, which was released this spring via RCA Records.  With diverse tracks produced by Mark Batson, Salaam Remi and James Poyser, the album entered at #2 on both Billboard’s R&B Albums and Top R&B/Hip-Hop Albums charts.

The Grammy Award winning singer has collaborated with a bevy of artists including Nas, Rick Ross, Carlos Santana, Jill Scott, Tupac and Al Green to name a few. With a talent that is recognized by some of the most profound public figures of our time, Hamilton has performed for President Barack Obama at the Smithsonian Salutes Ray Charles: In Performance at the White House and on the daytime talk show The Real, as well as appeared on The Nightly Show with Larry Wilmore.

Demonstrating his international reach, he recently took the stage in the UK and the Netherlands with a performance on BBC 1xtra Live Lounge debuting on August 8th. In addition to his multiple chart-topping albums and singles, Hamilton earned a BET award and has been praised by a plethora of outlets including The New York Times, USA Today, Rolling Stone, Entertainment Weekly, ESSENCE, Billboard and more. Having covered Hamilton’s career throughout the years, NPR recently explored his North Carolina roots and will include him in the inaugural launch of their highly anticipated docu-series “Illuminated” slated to air in August.