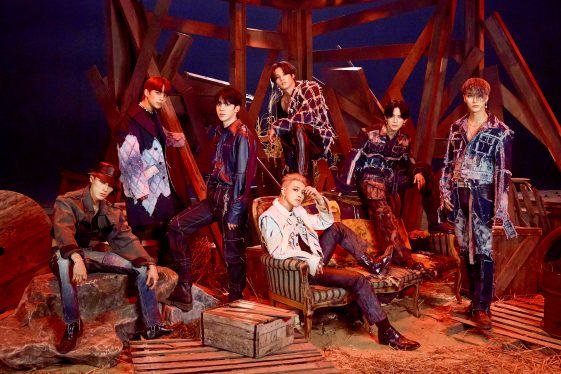 Ever since their debut of their “TREASURE” series, ATEEZ has been applauded for their unique universe storytelling, where the members of the band had embarked on a journey in search of the treasure. Last year, the band opened a new chapter to yet another series; this time titled “FEVER.” Their unique storytelling is consistently acclaimed as it stands out amongst other K-Pop acts.

If their last EP, ZERO : FEVER Part.1 was about the realities of the disheartened youth who lose their spark and continues to live in the cold world, then ZERO : FEVER Part.2 is about reigniting the flames around the world. Their lead track ‘Fireworks (I’m The One)’ especially contains the message about ATEEZ lighting their inner fire.

Just this past summer, ATEEZ peaked at #4 on Billboard’s Emerging Artist Chart and ranked No. 5 on Twitter’s most-mentioned musicians in the US.  The group has over 500 million streams on Spotify worldwide.  All of their EP’s have peaked in the Top 10 on Billboard’s World Album Chart.

ATEEZ made its debut in 2018 with 8 members that sport their talent as individuals, as well as their synergy as a group with other members.

The name is shorten for “ATEEnagerZ,” meaning they will show “Everything about the Teenagers from A to Z” and the energy of a group of passionate teenage musicians.