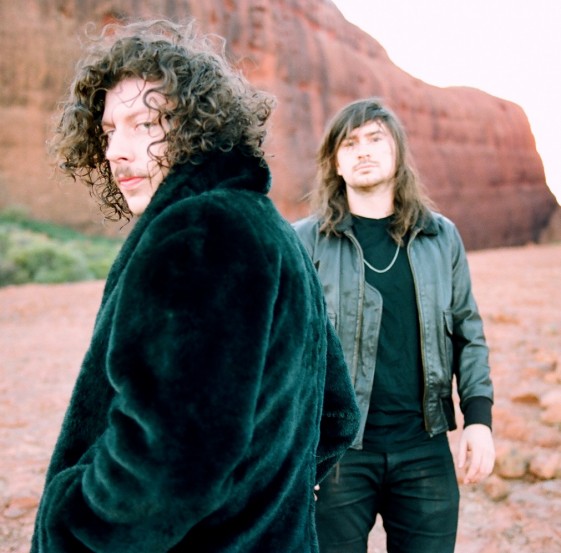 Australian DJ duo Peking Duk announce the United States of Sweat Tour. The tour will kick off on February 27th in Austin, TX and will wrap in Seattle, WA on April 11th. Additionally, Peking Duk will play at Coachella (Indio, CA), the Electric Forest Festival in (Rothbury, MI) and the Squamish Valley Music Festival (Squamish, BC). Peking Duk had huge success in 2014 with their massive triple platinum single “High” featuring Nicole Millar. Listen to “High” HERE. “High” was a No. 1 most played track at Triple J last year and Peking Duk’s third consecutive ARIA Club Chart No. 1 following on from the success of previous singles ‘Feels Like’ and ‘The Way You Are’. “High” was also No. 2 on Triple J’s Hottest 100 and their double platinum single “Take Me Over” was No. 5. Triple J’s Hottest 100 is the world’s biggest music poll.

Additionally, “High” hit the No. 1 spot on the ARIA Club Chart and No. 5 on the ARIA Singles Chart, not to mention No. 1 on the Australian Shazam chart and garnering over 2.7 million spins on Soundcloud and over 7 million plays on Spotify! “High” was nominated for “Best Dance Release” at the ARIA Music Awards in 2014. In addition High” is already getting great reviews in the US with press like Idolator describing the track to be “a shot of pristine electronic with an ambient twist and a distinct pop sensibility” and Indie Shuffle calling it “a colorful, energetic house anthem that demands to be played as loud as your personal speakers can physically go.”