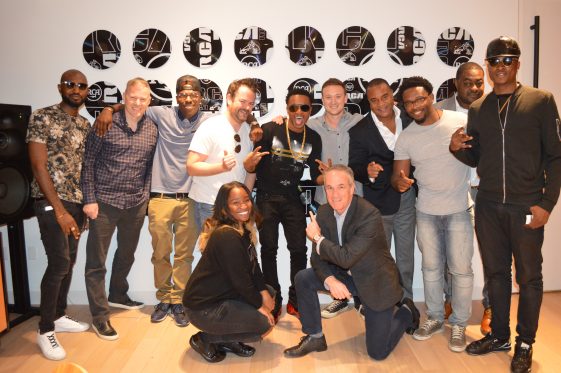 Rolling Stone recently named Ayo Jay as one of the “10 Artists You Need to Know” describing his musical sound as “…afropop meets Caribbean dancehall and soca by way of New York.”

“My goal has always been to make music at the highest level, so I’m absolutely delighted to be joining the RCA family. The roster is full of top notch talent, and I can’t wait to make my mark through my unique sound and songwriting style. My first single “Your Number” is a melodic dancehall tune with a simple and very catchy chorus. Naturally it’ll make you dance, but with the melodies in the verses and the sweet chorus, you’ll be singing along in no time,” says Ayo Jay.

Born in London and raised in Lagos, Nigeria, Ayo Jay, also known as Boy Wonder, first discovered his passions for singing and songwriting during his childhood in Nigeria. In pursuit of his collegiate education, Ayo Jay moved to the United States to obtain his degree in finance, not losing sight of his dreams of becoming a musician. After graduating in 2013, Ayo Jay signed a record deal with One Nation Entertainment. He credits Michael Jackson, Usher, Akon and Nigerian artists 2face Idibia and Wande Coal as his musical inspirations.

Listen to “Your Number” on: