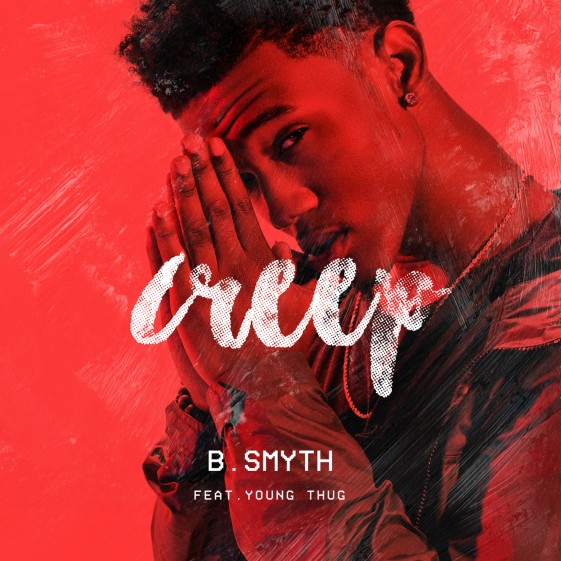 Singer/entertainer, B. Smyth has exclusively premiered the new video for his single, “Creep” featuring Young Thug on Complex.com today.

The sexy and colorful visual features B. Smyth’s signature choreography and was directed by Video God (Jeezy, Juicy J, Migos).

The new single is already quickly becoming a fan favorite and popular website, HotNewHipHop.com referred to the collaboration as the “perfect pairing”. The early club anthem serves as B. Smyth’s first release since signing with Mark Pitts’ ByStorm Entertainment/RCA Records in 2015.

The 23 year-old Fort Lauderdale, FL native got his start performing covers of various popular tracks from artists like Usher, Trey Songz and Miguel and posting the videos on YouTube. The performances helped B. Smyth garner millions of views as well as notoriety. The talented singer has since been profiled by a plethora of outlets including Teen Vogue, Complex, VIBE and The Boombox among others.

With a new hot single and a growing fanbase, the future looks very bright for B. Smyth and will surely see him become one of 2016’s most talked about young entertainer.

Check Out The Premiere Of B. Smyth’s “Creep” featuring Young Thug On Complex.com Here:
http://www.complex.com/music/2016/01/b-smyth-new-video-premiere-creep-feat-young-thug