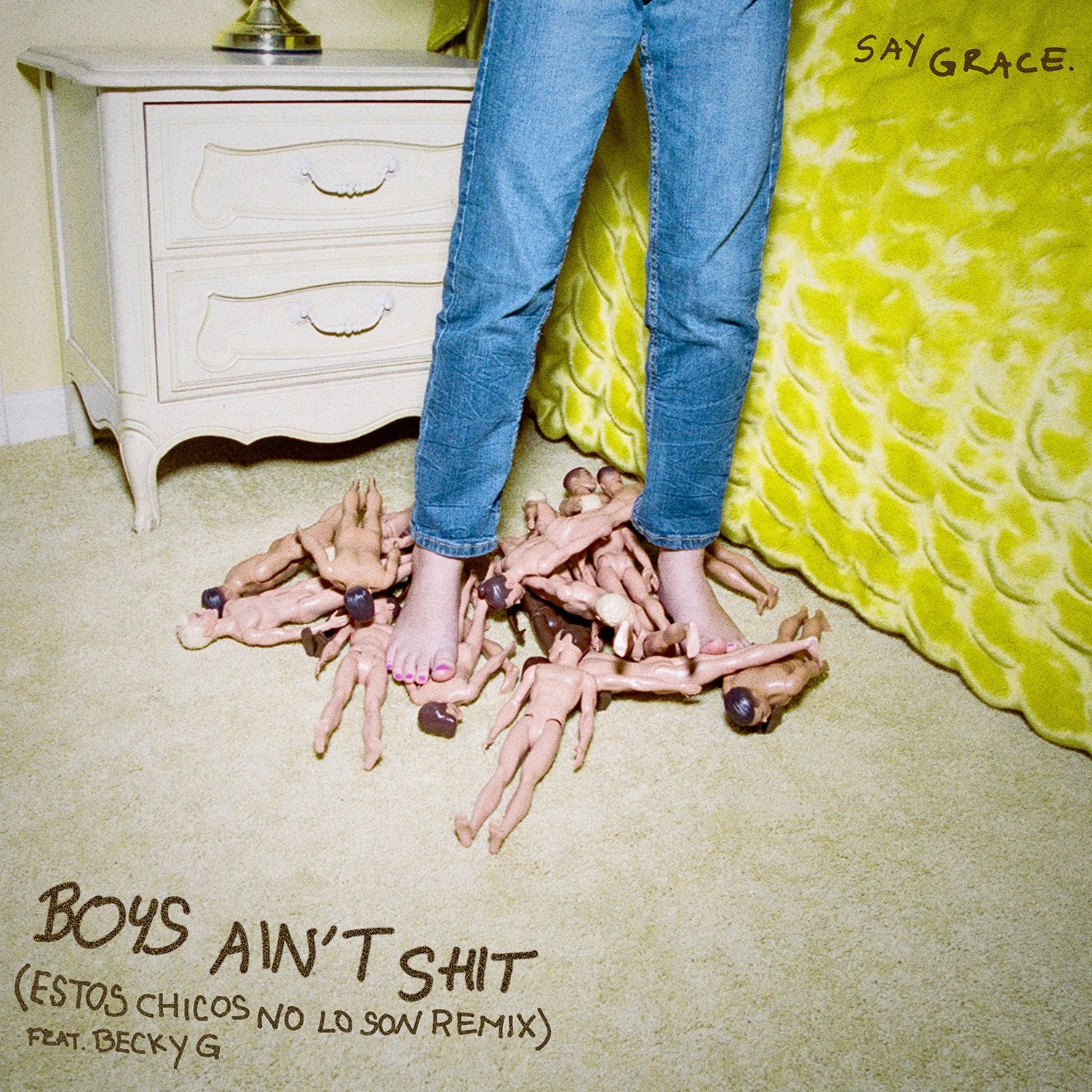 What the Press is Saying About SAYGRACE:

Bouncing between soulful vocals and spurts of rapping, SAYGRACE gets everything off her chest…“…the songstress changed her moniker and gained a new sense of self.” – Earmilk

The video for ‘Boys Ain’t Shit’ has already enjoyed over 5 million views, and the single has been trending on TikTok with over 200k video creations. Watch SAYGRACE’s YouTube’s “Artist on the Rise” Trending feature HERE  and her Genius Verified interview HERE.

This remix is the latest offering from SAYGRACE who released her critically-lauded debut EP last month entitled The Defining Moments of SayGrace: Girlhood, Fuckboys & Situationships. Listen to the EP HERE.

SAYGRACE says: “I am honored to have Becky G join me on this new version of my song. She’s such an accomplished performer and songwriter, who like me, also started out as a teenager in this business, and I am blown away to hear she’s a fan.*”

Adds Becky G about lending her voice to “Boys Ain’t Shit”: “I loved the original song so much and wanted to jump on it! I feel people around the world, no matter what language they speak, have related to the sentiment of the song at some point in life.”

“Boys Ain’t Shit” finds SAYGRACE flipping the script on a man who pushed her to the breaking point — but instead of vectoring in on the problems in their situationship, SAYGRACE turned the track into an anthem for all women who feel like swiping, doing emotional labor, and the interchangeable nature of modern dating is dehumanizing.

SAYGRACE released a trilogy of videos for featured tracks on her EP – “Boys Ain’t Shit, “Doin’ Too Much,” and “Gone” , all representing the viewpoint of SAYGRACE’s younger self.

Offers SAYGRACE about her EP: “The things that I’ve gone through have made me a little rough around the edges and hard for some people to take, but it’s who I am. I’d rather be this way than be a version of myself that makes you feel more comfortable,” she says.

SAYGRACE thinks of her lyrics as a message to the younger version of herself, and a message to any woman who needs to hear it; that in a world that’s always trying to shrink you, you can be as big as you want. “As woman we’re told all your value is placed on how fuckable you are, but I refuse to accept that as reality,” she says. “What I realized as I got older is that nothing is more powerful than divine feminine energy and when woman come together and support each other the possibilities are infinite.” SAYGRACE is all about finding her place and her power as a young woman despite sometimes still feeling like a lost kid in this big world.

About Becky G
Singer, songwriter and actress Becky G was born for the spotlight and her multifaceted career is shaping up to be nothing short of iconic. The 22-year-old global superstar’s achievements include two number one hits on the Billboard Latin Airplay Charts (“Mayores” & “Sin Pijama”), a starring role in “Power Rangers,” and guest-starring in Fox TV’s Emmy-winning “Empire” series.

Becky has been honored by the Latin Recording Academy as one of the Leading Ladies in Entertainment (2018) and by her home city of Inglewood, California for her contributions to the Hispanic community; she has been recognized as one of Rolling Stone’s “18 Teens Shaking Up Pop Culture” and one of Billboard’s “21 Under 21”. Becky recently garnered the Extraordinary Evolution Award at the 2019 Latin American Music Awards for her success as a young performer who has reached the pinnacle of success in a short period of time.

Her debut album Mala Santa was released in November 2019 and has been certified 8X Platinum in the United States and 2X Platinum in Spain. Click HERE to stream or download the album.