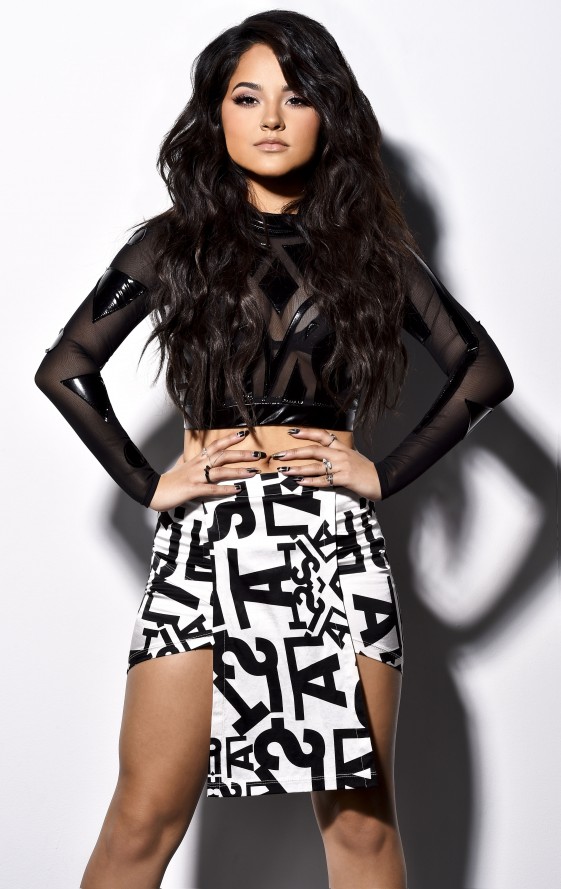 Superstar Becky G will release her highly anticipated new single “Break A Sweat” this Friday, 8/ 21 on Kemosabe Records / RCA Records. “Break A Sweat” which is the lead single off her upcoming debut album due out later this year was written by Chloe Angelides, Lukasz Gottwald, J. Kash (Jacob Kasher Hindlin), Gamal Lewis, Henry Walter and Emily Warren and produced by Dr. Luke and Cirkut for Prescription Songs. LISTEN HERE.

It was announced earlier this summer that Becky would be guest starring on the upcoming season of FOX’s Empire. Becky, who just won the “Favorite Hit Award” at this year’s Premios Juventud is slated to join Latin urban music sensation J Balvin on tour this fall.

Becky G is a 18-year-old singer, songwriter, and rapper who is signed with Kemosabe / RCA Records. Kemosabe is the Sony Music Entertainment record label founded by hitmaker Dr. Luke. Becky is COVERGIRL’s youngest ambassador who has won several Disney Music Awards including “The Best New Artist” award in 2014, as well as both the “You’re So Fancy” and “Stuck In Our Heads” awards in 2015. Becky G was named one of TIME Magazine’s “Most Influential Teens of 2014” as well as one of Billboard Magazine’s 21 Under 21 (2014) Music’s Hottest Young Stars. Becky’s smash hit
single “Shower” has over 170 million views on YouTube, nearly 160 million Spotify streams and was one of People Magazine’s 2014 Top 10 Songs of the summer. She has also scored her first #1 single, “Can’t Get Enough” feat. Pitbull, on Latin Billboard Charts. In addition, she toured with Demi Lovato, Katy Perry, Jason Derulo and will go out with J Balvin this fall. Becky is currently in the studio finishing her debut album due out later this year.