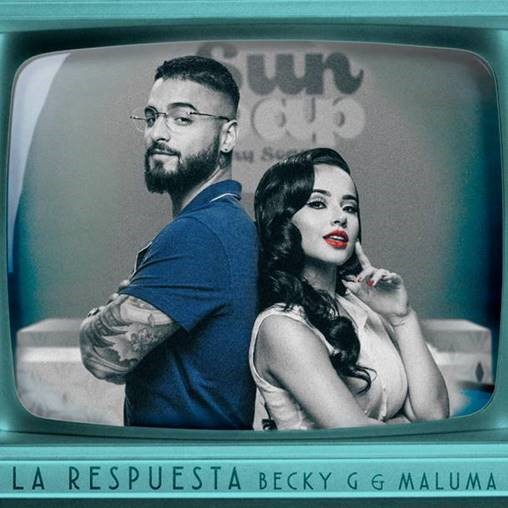 Written by Becky G, Maluma and Edgar Barrera, produced by Edgar Barrera and co-produced by Luis Barrera Jr. and Daniel Buitrago, “La Respuesta” is a catchy, danceable track destined to become a liberating anthem for women.

“I loved collaborating with my good friend Maluma on this song and video which are all about breaking free from stereotypes – it has a powerful message and is also a lot of fun. I hope ‘La Respuesta’ serves to empower young women and make everyone sing and dance,” said Becky G.

“Since I met Becky in 2013 at the Latin GRAMMYs I hoped to one day write a song for her and with her. It’s an honor as a songwriter and singer when you can compose a song for a great artist and it becomes part of their repertoire and adds to their career. Let’s hear it for girl power!” expressed Maluma.

About Becky G:
Singer, songwriter and actress Becky G was born for the spotlight and her multifaceted career is shaping up to be nothing short of iconic. The twenty-two-year-old star’s achievements include two number one hits on the Billboard Latin Airplay Charts (“Mayores” & “Sin Pijama”), a starring role in “Power Rangers”, and guest-starring in Fox TV’s Emmy-winning “Empire” series.

Becky has recently been honored by the Latin Recording Academy as a one of the Leading Ladies in entertainment (2018) and by her home city of Inglewood, California for her contributions to the Hispanic community; and has been recognized as one of Rolling Stone’s, “18 Teens Shaking Up Pop Culture” and one of Billboard’s “21 Under 21”.

To watch the music video for “La Respuesta”: