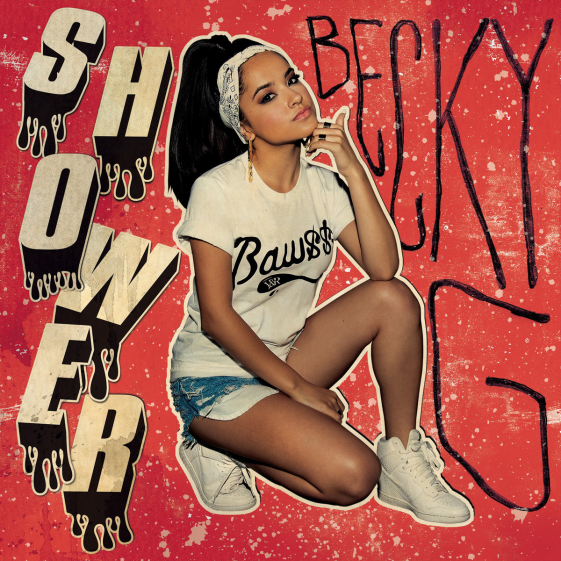 Becky recently wrapped the “MTV Artist To Watch” tour with Austin Mahone. She was also named Radio Disney’s “N.B.T.” (Next Big Thing) artist. Additionally, Becky is a CoverGirl who has appeared in national TV and print advertising for the brand. Last summer, she released her “Play It Again” EP which includes five tracks “Play It Again,” “Can’t Get Enough” (feat. Pitbull), “Built For This”, “Zoomin’ Zoomin’”, and “Lovin’ What You Do” (Kemosabe/ RCA Records). The EP is executive produced by Dr. Luke and features production by The Cataracs and songwriting by Pitbull, and will.i.am.

Becky G signed to Kemosabe, the Sony Music Entertainment record label founded by hitmaker Dr. Luke, and RCA Records in 2012. Luke signed Becky after viewing a YouTube clip of her swaggering her way through an original rap set to “Otis” from Jay-Z and Kanye West’s album, Watch The Throne. The song opens with Becky declaring: “If everybody’s getting one shot, I ain’t missing.” Born and raised in the Inglewood section of Los Angeles Becky’s family hails from Mexico and she is bilingual. Becky has been working with Jordan Omley and Mike Mani of The Jam, Cirkut, Benny Blanco, will.i.am, Billboard and Ammo, as well as a slew of other producers, on her debut album.