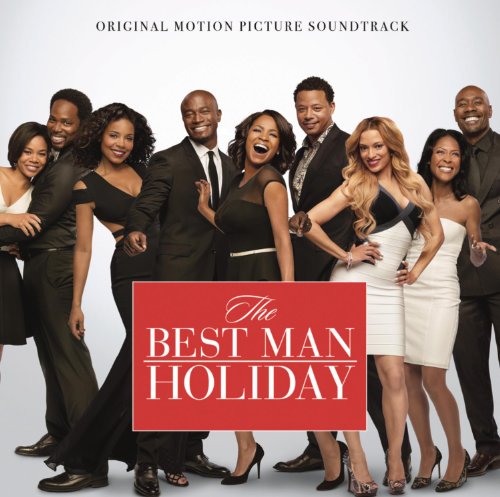 On October 29th, RCA Records will kick off the festive sounds of the holiday season with the release of the Original Motion Picture Soundtrack from the film The Best Man Holiday, it was announced today. The 13-song disc will feature newly written material, as well as holiday classics, performed by platinum-selling and award-winning artists including R. Kelly, Jordin Sparks, Mario, Fantasia, Monica, Marsha Ambrosius & Anthony Hamilton, John Legend, Emeli Sandé, and more.

The soundtrack will be available for pre-order on October 15th at iTunes, Amazon.com and select online retailers.

The music featured on The Best Man Holiday – Original Motion Picture Soundtrack will resonate with fans for years to come, much like the 1999 release of The Best Man – Original Motion Picture Soundtrack, which featured memorable songs including Cameo’s “Candy”; The Roots’ “What You Want,” featuring Jaguar; Beyoncé and Marc Nelson’s “After All Is Said and Done.”

“I am a firm believer that music is essential to the entirety of a film going experience. The Best Man Holiday soundtrack is no exception,” says Malcolm D. Lee. “The songs listed here not only make up the fabric of the movie, but many served as inspiration to the creation of the screenplay. With a combination of new R&B tunes and Christmas classics by contemporary artists, this is the soundtrack I heard accompanying this movie. I hope you enjoy it this holiday season and every year.”

About the film: After nearly 15 years apart, Morris Chestnut, Taye Diggs, Regina Hall, Terrence Howard, Sanaa Lathan, Nia Long, Harold Perrineau, Monica Calhoun and Melissa De Sousa reprise their career-launching roles in The Best Man Holiday, the long-awaited next chapter to the film that ushered in a new era of comedy. When the college friends finally reunite over the Christmas holidays, they will discover just how easy it is for long-forgotten rivalries and romances to be ignited. Malcolm D. Lee returns to write and direct this sequel to his directorial debut. Sean Daniel (The Mummy franchise) produces alongside Lee for The Sean Daniel Company.

01) Christmastime To Me — Jordin Sparks

03) What Christmas Means To Me — Fantasia

04) I Still Have You — Charlie Wilson

08) Have Yourself A Merry Little Christmas — Monica

10) Can You Stand The Rain — New Edition