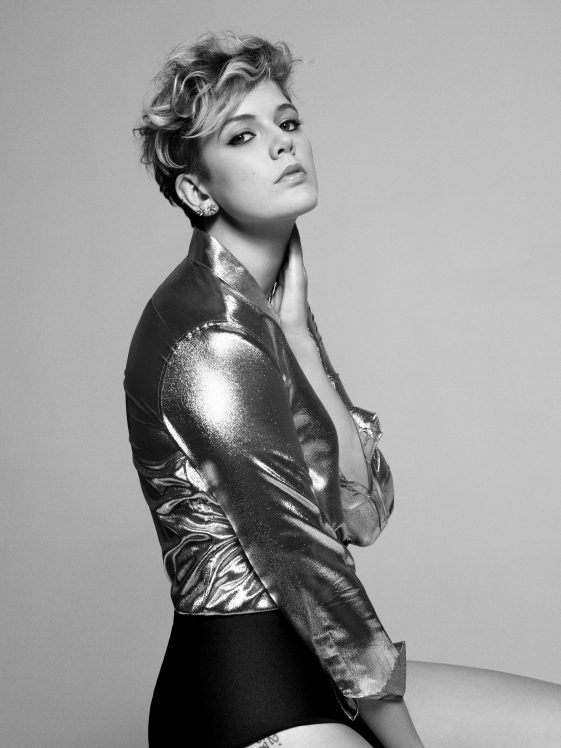 (Los Angeles, CA)—Today, critically acclaimed pop artist, Betty Who, releases new track “Mama Say” along with the music video.  The song is the latest off of her forthcoming sophomore album The Valley, which is available for pre-order now and set for release on March 24, 2017 via RCA Records. “Mama Say” is also available at all digital retail providers.

Betty Who says about “Mama Say”, “In case you didn’t know already, this is totally my ode to Britney Spears.  If you listen to the lyrics, half of them are hinting at Britney songs I’ve always loved. And then of course there’s the bridge where I literally feel like I’m walking through the cascading rain of the 2001 Live In Las Vegas HBO special she did wearing a clear cowboy hat with a boa constrictor around my neck.”

Additionally, Betty Who announced the “Party In The Valley” Presented by Maltesers North American tour in support of her upcoming album.  The tour, which will be supported by pop singer-songwriter VÉRITÉ, will be kicking off April 12th in New Haven, and will be making stops in a number of major cities including New York, Chicago, Denver, and concluding in Los Angeles.  Tickets for the “Party In The Valley” tour are on sale now.  Click HERE to purchase.  See full list of tour dates below.

Once described by New York Magazine as a mix of “early Madonna…Katy Perry and Robyn, with spunk and confidence”, and by Elle as “your next pop obsession”, Australian pop-singer, Betty Who, is a force to be reckoned with.  She has built a passionate and loyal fan base through her early EP’s, undeniable charisma and ecstatic live show.  Who independently released her first EP entitled The Movement EP, in which the lead single and fan favorite, “Somebody Loves You” debuted at #4 of Spotify’s most viral list.  Her follow-up EP, Slow Dancing, was released via RCA Records and debuted at #1 on the iTunes Pop Chart.  The success of Who’s early EP’s eventually led to the release of her debut LP entitled Take Me When You Go (RCA Records), along with performances on The View, The Today Show, and Late Night With Seth Meyers, as well as tours with both Katy Perry and Kiesza.  To gear up for her second full-length album, Betty Who released her cover of Donna Lewis’ “I Love You Always Forever”, which received critical praise from the likes of SPIN, Entertainment Weekly, Vogue, and more. Click HERE to watch the music video. Since then, Betty has released the first single off of her upcoming second album entitled “Human Touch”, along with an acoustic version of the song featuring Australian singer-songwriter, Jarryd James (Click HERE). She also released the second single entitled “Some Kinda Wonderful” along with the music video (Click HERE to watch). With the release of her upcoming album and North American Tour, Betty Who continues to prove she has a lot more magic up her sleeve.

To Buy or Stream “Mama Say”: