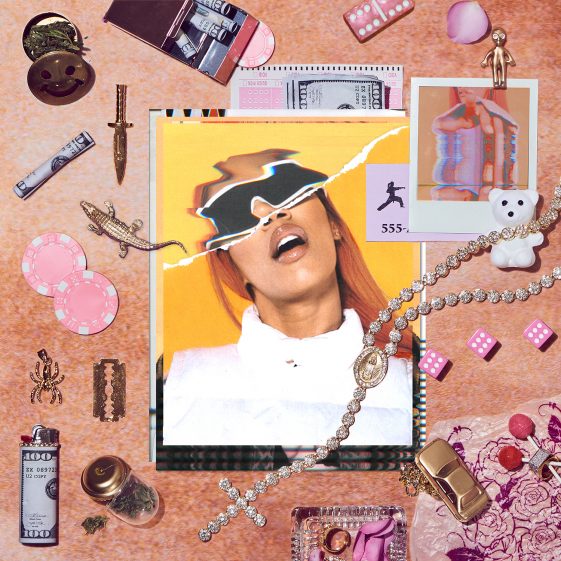 The track was released last week to great critical praise with, NYLON exclaiming “[just hear] Bia’s bars in her latest release…You’re gonna be hooked” and HYPEBAE describing, “a track worthy of sharing with your friends…‘HOLLYWOOD’ paints a vivid picture of the woes which artists and creatives often experience on their rise to fame.”

On the release of NICE GIRLS FINISH LAST: CUIDADO, BIA explains the EP as: ““Unfiltered, Unapologetic, and Powerful. Powerful first, though. I want to inspire women to say, ‘Man, fuck that.’”

BIA is determined to make a name for herself. The Puerto-Rican/Italian rapper, singer and songwriter has been creating her own lane since her debut in 2014. It is her 2016 releases, “Whip It” and “Gucci Comin’ Home” which helped establish BIA as one of hip-hop’s fiercest rising female MCs. Upon release, both tracks received critical praise from the likes of, VIBE, XXL, HYPEBAE and more.

During the Summer of 2016, BIA landed a feature on reggaeton king, J Balvin’s “Safari.” The Pharrell-produced track landed at #1 on the Latin Airplay chart and has enjoyed over half a billion video views on YouTube and over 350 million streams worldwide on Spotify. On the massive summer smash, BIA lays it down in her half native tongue with fluidity and finesse. This added diversity separates her from the pack.

With BIA’s bulletproof bars, goals to empower her fans and clear vision as an artist, she is poised to be music’s next breakout star in 2018.

Keep Up With BIA:

Bia Unleashes New Track “Badside” Via I Am Other/RCA Records