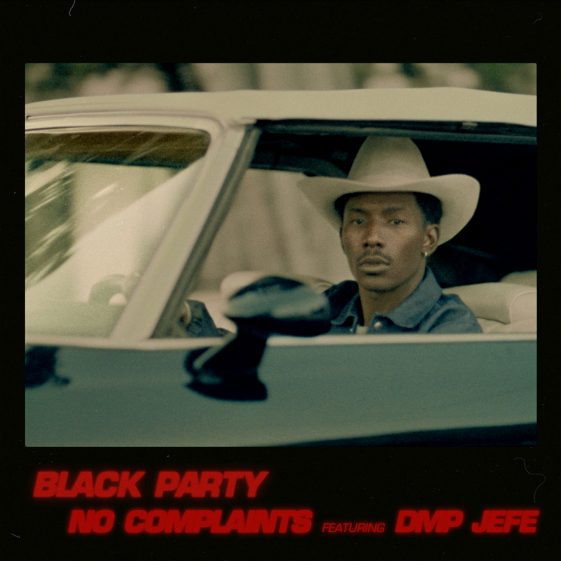 [May 3, 2019 – New York, NY] Today, bLAck pARty re-emerges with new single and video for “No Complaints” featuring rising rapper DMP Jefe from his forthcoming album Endless Summer, which is due out later this year via Wolf + Rothstein/RCA Records. Click HERE to watch.

“No Complaints” ft. DMP Jefe is written by bLAck pARty and produced by bLAck pARty and Chris Hartz (Childish Gambino). The video, which premiered earlier today on Complex (HERE) was shot in Los Angeles and directed by Dylan McGale.

On the track and video, bLAck pARty said: “’No Complaints’ for me represents freedom. It’s about focusing on the right now and ignoring all of the bullshit going on and flying high above it all. For the visual I wanted to capture the feeling of coasting through life observing the outside world like a camera. It was important to me to have my brothers in the video [DMP Jefe & Beedy] so I got them riding with me. While in meetings for the video, Dylan McGale and I actually found out we both love skateboarding and all the old skate flicks, so he made sure we captured that.”

“No Complaints” ft. DMP Jefe is bLAck pARty’s official return after the release of his critically acclaimed MANGO project in 2016, which grabbed the attention of Childish Gambino who then tweeted his support for the rising artist. Thereafter he signed to Gambino’s Wolf + Rothstein label in partnership with RCA Records. Endless Summer will mark his first release under the new deal.

Listen to “No Complaints” ft. DMP Jefe and keep an eye out for more music coming soon from bLAck pARty.