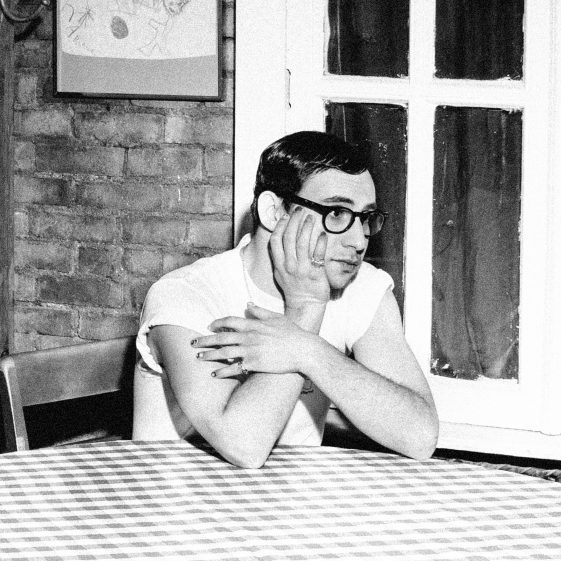 “SHADOW OF THE CITY” MUSIC FESTIVAL

“SHADOW OF THE CITY” WILL BE HELD ON SEPTEMBER 10TH IN ASBURY PARK, NJ

(Los Angeles, CA)—Today, Bleachers’ Jack Antonoff announced the 3rd annual “Shadow Of The City” music festival, which will be held on Sunday, September 10th in Asbury Park, NJ at Stone Pony Summer Stage. Bleachers will headline the festival, which will also include an exciting and diverse group of performers including Brian Fallon, Khalid, Titus Andronicus, Brick + Mortar, Tove Styrke, and Nicole Atkins. This year, the festival will include a number of activities like The World Famous SOTC Charity Dunk Tank, food trucks, carnival games, Weird NJ, a Rachel Antonoff pop-up stand, and more of the best New Jersey has to offer.

A limited number of “Shadow Of The City” VIP Tickets will guarantee early entry and a special brunch inside the Stone Pony, which includes a meet & greet with Jack.  VIP Tickets also include private bar and bathroom, VIP viewing area next to stage, and re-entry (for those over 21). Additionally, $1 per ticket will be donated to The Ally Coalition, an organization that raises awareness in support of homeless LGBTQ youth and LGBTQ equality (Click here for more info). Tickets for “Shadow Of The City” will go on sale on Friday, June 16th at 10am ET and can be purchased here.

Says Jack, “my favorite day of the year is back. shadow of the city is the festival i dreamed about having when i was a kid in new jersey having to take the bus to NYC to see music. this is year 3 and we are getting another step closer to what we’ve always wanted to do with shadow of the city – be something separate from other festivals. 1 stage, 1 day, small capacity and actually affordable for people. half of the artists are new jersey artists which means a great deal to me to celebrate the culture of my home state. there is no place more special to me than the jersey shore. here’s to year 3! can’t wait to see you!”

Jack Antonoff is a three-time Grammy®Award-winning singer, songwriter, musician, and producer, as well as the creative force behind Bleachers. After serving as lead guitarist in multi-platinum band fun., Antonoff launched his solo project Bleachers in 2014 with the critically acclaimed debut album Strange Desire. The album found him setting emotional meditations on anxiety, depression, and loss against a backdrop of earworm melodies and massive choruses on songs like the gold-certified “I Wanna Get Better” (which topped Billboard’s Alternative chart) and the #3 Alternative radio hit “Rollercoaster.” Antonoff toured the world for a year and a half in support of Strange Desire, building a cult fan base for his cathartic, suburban influenced anthems. Antonoff recently released Bleachers’ second album, Gone Now on RCA Records.

Bleachers’ first single off of Gone Now entitled “Don’t Take The Money”, is currently in the Top 10 at Alternative Radio. The band performed the song at the outdoor stage on Jimmy Kimmel Live! (Click HERE to watch), most recently on The Tonight Show Starring Jimmy Fallon (Click HERE to watch), and released the music video (Click HERE to watch). Bleachers will also be performing on Good Morning America’s Summer Concert Series on Friday, August 11th on ABC.