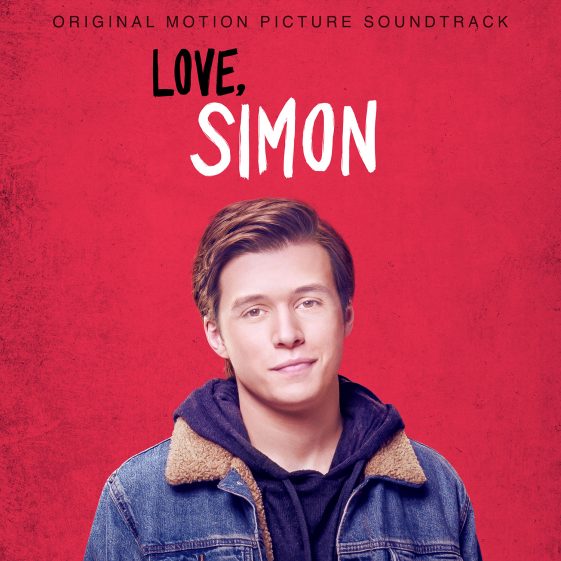 (Los Angeles, CA)—Today, Bleachers release the first single off of the soundtrack for the forthcoming 20th Century Fox film, Love, Simon entitled “Alfie’s Song (Not So Typical Love Song)” via RCA Records.  The soundtrack, which is being executive produced by Bleachers’ Jack Antonoff, will be released on March 16th, 2018 via RCA Records and is available for pre-order now at all digital retail providers. “Alfie’s Song (Not So Typical Love Song)” will also be available as an instant grat for those who pre-order the album. See full track listing below.

About Love, Simon
Everyone deserves a great love story. But for seventeen-year old Simon Spier it’s a little more complicated: he’s yet to tell his family or friends he’s gay and he doesn’t actually know the identity of the anonymous classmate he’s fallen for online. Resolving both issues proves hilarious, terrifying and life-changing. Directed by Greg Berlanti (Dawson’s Creek, Brothers & Sisters), written by Isaac Aptaker & Elizabeth Berger (This is Us), and based on Becky Albertalli’s acclaimed novel, LOVE, SIMON is a funny and heartfelt coming-of-age story about the thrilling ride of finding yourself and falling in love.

About Bleachers
Bleachers released their second album on RCA Records entitled Gone Now on June 2nd, 2017.  The first single “Don’t Take The Money” hit #3 at Alternative Radio. Ahead of the album release, The New York Times put out a piece that called Bleachers’ new music “anthemic life-affirming pop-rock”. Bleachers headlined a North American tour in support of the album, which included a number of major festival dates like Sasquatch Festival, Governor’s Ball, and Firefly Music Festival. In addition, they headlined two legs of their “Gone Now Era” Tour. The band will also continue touring in the spring in support of P!nk. This past spring, Bleachers performed “Don’t Take The Money” on the outdoor stage on Jimmy Kimmel Live!, on The Tonight Show Starring Jimmy Fallon. They also performed on Good Morning America’s Summer Concert Series, and most recently on The Late Show With Stephen Colbert. Three-time Grammy®Award-winning singer, songwriter, musician, and producer, Jack Antonoff, is the creative force behind Bleachers.

Recently, Bleachers released their sophomore album entitled Gone Now via RCA Records. The album received critical acclaim from the likes of The New York Times, which called it “anthemic, life-affirming pop-rock”, and Pitchfork, which stated “From beginning to end, Gone Now has all the affectations of an over-the-top pop masterpiece”. Gone Now includes the band’s previous single, “Don’t Take The Money”, which hit #3 at Alternative Radio, as well as their current single, “I Miss Those Days”.  Most recently, Bleachers released their MTV Unplugged album via RCA Records, which features live audio from their performance on the second episode of MTV’s Unplugged. The album includes new Bleachers material, as well as a special versions of “Don’t Take The Money”, “Hate That You Know Me”, and “Shadow”.