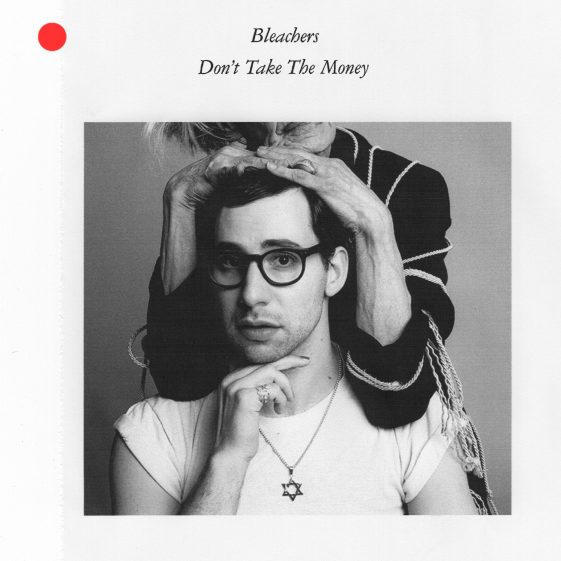 Bleacher’s Jack Antonoff says about the track, “‘Don’t Take The Money’ is a phrase I say in my head all the time. It has nothing to do with actual money. It means to follow the light. Don’t ignore a gut feeling. ‘Don’t take the money.’ I repeat it to myself when I’m trying to stay on track. Specifically in this song I’m writing about my relationship and the verse and chorus run quickly through the past and the fight leading to the euphoria of seeing the light with someone else.”

Additionally, Bleachers will be embarking on a North American headlining tour this spring.  The tour will be kicking off on Tuesday, April 25th in New York City and will be making stops in a number of cities including Los Angeles, Philadelphia, Salt Lake City, and Detroit.  Tickets go on sale on Saturday, April 1st at 10am and can be purchased HERE.  See full list of tour dates below.

To Buy or Stream “Don’t Take The Money”:

For more information on Bleachers: