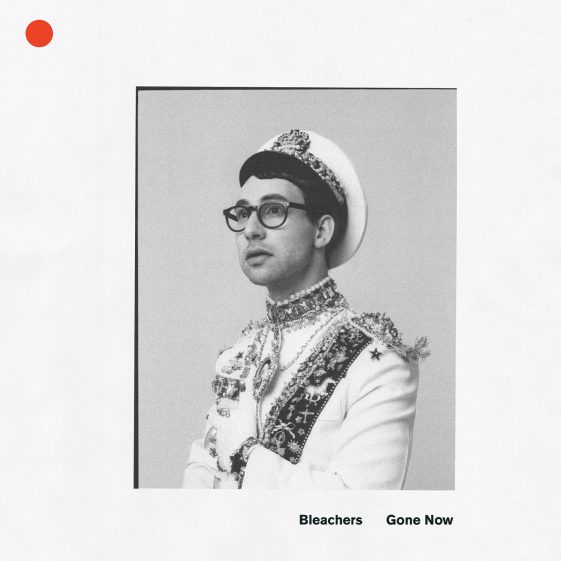 (Los Angles, CA)—Today, Bleachers release new track “I Miss Those Days” off their highly anticipated sophomore album Gone Now, which is set for release on June 2nd, 2017 via RCA Records, and available for pre-order now. The track has been selected as Beats 1 World Record by Zane Lowe, and will be available as instant-grat upon pre-order, along with previously released songs “Don’t Take The Money”, “Hate That You Know Me”, and “Everybody Lost Somebody”. “I Miss Those Days” is available now at all digital retail providers.

The band also unveils a visual to accompany the track. Click HERE to watch.

Earlier this month, it was announced that Bleachers will be performing on Good Morning America’s Summer Concert Series on Friday, August 11th on ABC. For more information on how to attend, click HERE.

Recently, Bleachers released the music video for their single “Don’t Take The Money”. The video perfectly captures the explosively dynamic, heart-pounding track. TIME called the video a “gripping visual narrative” and Variety said, “Visuals for ‘Don’t Take The Money’ are just as colorful and bright as the accompanying audio”. Click HERE to watch.

Bleachers are embarking on a North American headlining tour this spring. The tour kicked off with shows in New York City on Tuesday, April 25th and Los Angeles on Thursday, April 27th and will be making stops in major cities like Atlanta, Philadelphia, Salt Lake City, and Detroit, as well as, a number of summer festivals including Governor’s Ball, Firefly Music Festival, and Outside Lands.  Tickets are on sale now and can be purchased HERE.  See full list of tour dates below.

To Buy or Stream “I Miss Those Days”: