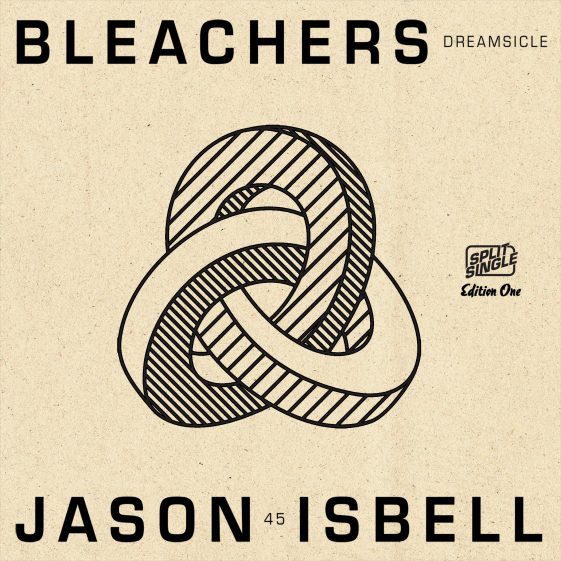 Today, Bleachers join forces with Jason Isbell to release a special split 7″ with all proceeds going to support The Ally Coalition. The split 7″, released today via RCA Records, features Bleachers covering Isbell’s track Dreamsicle and Isbell covering Bleachers’ 45. The special split 7″ is available as a physical only product, limited to 1000 pieces, and can be purchased HERE. Teaser of each song available HERE.

Jason Isbell says: “Love this Bleachers song, I love what Jack did with Dreamsicle. This was a hell of a lot of fun!”

About Bleachers
Bleachers are set to release their highly anticipated 3rd album Take the Sadness Out of Saturday Night due out July 30th 2021 via RCA Records. In late 2020 they offered up the first taste of new music to preview the album with the release of “Chinatown” ft. Bruce Springsteen and “45”.  This music is the follow up to their critically acclaimed second album, Gone Now, which came out on June 2nd, 2017.  The first single “Don’t Take The Money” hit #3 at Alternative Radio. Ahead of the album release, The New York Times put out a piece that called Bleachers’ new music “anthemic life-affirming pop-rock”. Bleachers, who are known for their incredible live shows,  headlined a North American tour in support of the album, which included a number of major festival dates like Sasquatch Festival, Governors Ball, and Firefly Music Festival. Five-time Grammy® Award-winning singer, songwriter, musician, and producer, Jack Antonoff, is the creative force behind Bleachers.

Jason Isbell has established himself as one of the most respected and celebrated songwriters of his generation. The North Alabama native possesses an incredible penchant for identifying and articulating some of the deepest, yet simplest, human emotions, and turning them into beautiful poetry through song. Isbell sings of the everyday human condition with thoughtful, heartfelt, and sometimes brutal honesty. Isbell broke through in 2013 with the release of Southeastern. His next two albums, Something More Than Free (2015) and The Nashville Sound (2017), won Grammy Awards for Best Americana Album & Best American Roots Song. Isbell’s song “Maybe It’s Time” was featured in the 2019 reboot of A Star Is Born. His latest full-length, Reunions (2020), is a critically-acclaimed collection of ten new songs that showcases an artist at the height of his powers and a band fully charged with creativity and confidence.