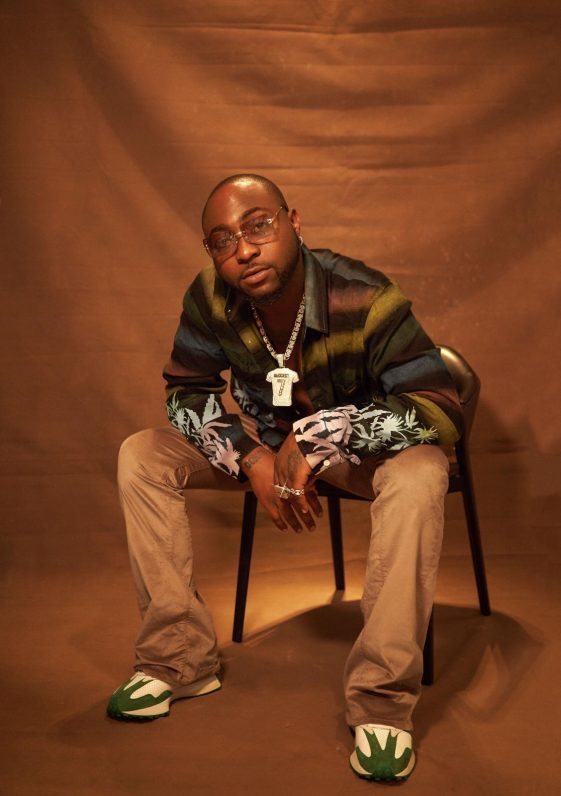 The 17-track album will be released on October 30th through Davido Worldwide Entertainment/Sony Music U.K./RCA Records, and was recorded predominantly in his home city of Lagos, Nigeria during the global COVID-19 lockdown and is described by the artist to be his “purest and best work” to date.

“Recording during this pandemic has been a unique but beautiful experience for me. Being stuck at home, there was nothing else to do so we were sleeping and waking up to music. With “A Better Time,” it was the first time in years that I’ve been able to really sit in-studio with all my producers and physically make the music together” Davido commented.

Last month, Davido made a victorious return to music with “FEM” – his first solo release of 2020 and the first single taken from A BETTER TIME. Listen/Watch the video for “FEM” HERE. The Napji- produced smash hit record shot straight to the No.1 spot in the Apple Music charts in over 8 countries including Nigeria, where it still holds the position 4 weeks later. “FEM” has since enjoyed over 30 million streams globally, viewed over 8 million times on YouTube and reached #19 on US iTunes chart, the highest for an Afrobeats record in the United States.

His massive global hit “Fall” dominated Billboard’s Hot R&B chart, noted as the longest charting Nigerian pop song in Billboard history, as well as being one of America’s most Shazamed songs last year. The accompanying video broke a further record as the first by a Nigerian artist to break through the 100 million views mark on YouTube, standing now at a staggering 183 million views and counting. Davido was featured on the cover of Billboard Magazine in May 2020 as one of the leading breakout stars of Afrobeats, bringing the genre to the global stage and performed on the The Tonight Show Starring Jimmy Fallon in July in support of his sophomore album A Good Time which has achieved over 1.3 billion streams globally.

With an unmatched work rate, Davido has delivered back to back hits since his musical debut in 2011. Breaking out with successive singles “Back When,” “Dami Duro,” “Gobe,” “Aye” and “Skelewu,” the latter would enjoy attention from Major Lazer and Wiwek who went on to remix the single. His musical elevation would see further global collaborations with Chris Brown, Pop Smoke, Summer Walker, Young Thug, Mayorkun and more. With a discography attesting to over a billion global streams and 400 million video views, the Afrobeats forerunner has very much established himself as a force to be reckoned with.