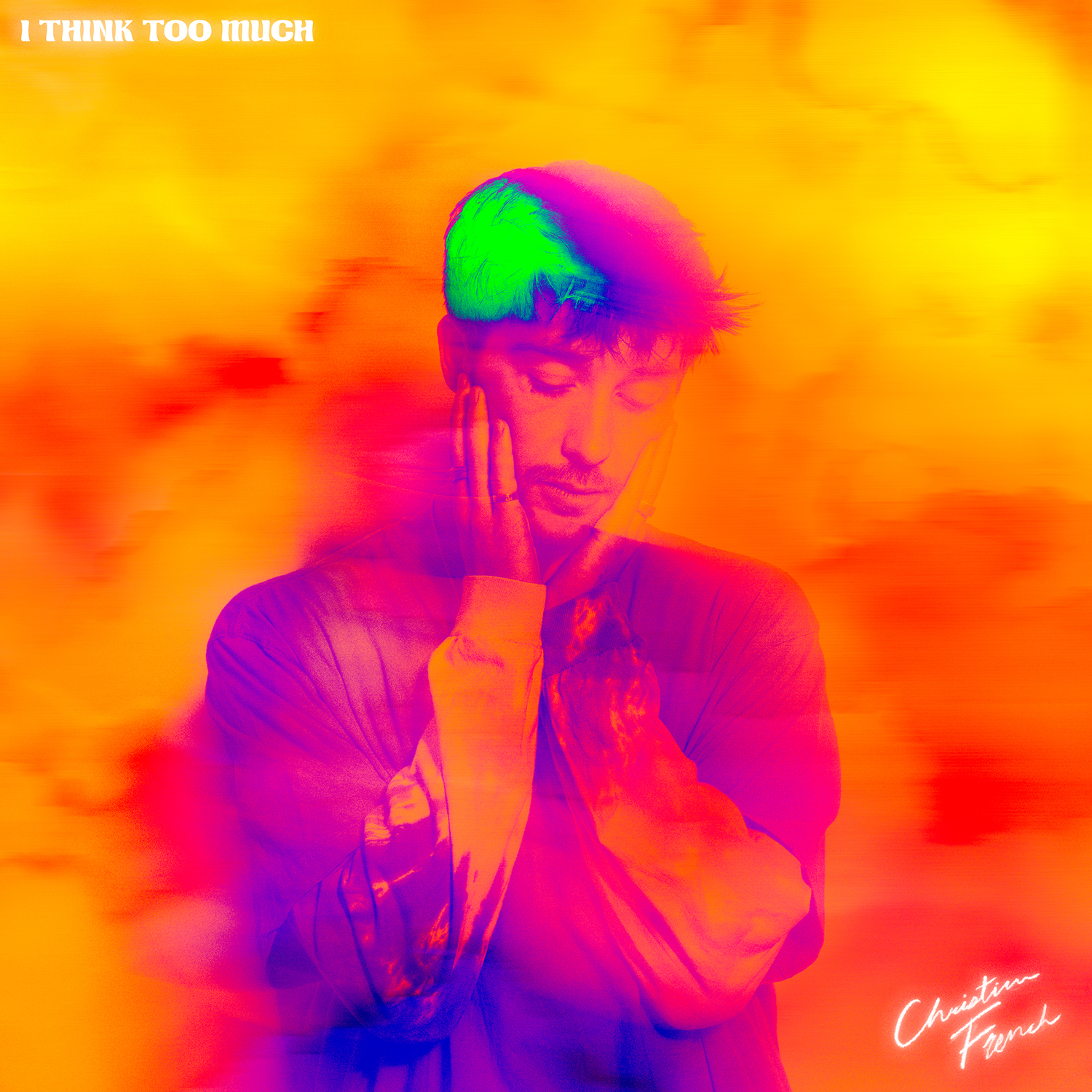 The introspective track follows Christian’s stream of consciousness as he croons over buoyant and bouncy melodies. Vocalizing and approaching his inner thoughts, questions, and self-doubt, Christian continues to raise mental health awareness with a bright outlook and resolve. The rising star finds his stride in this hummable, optimistic new single.

“i think too much” follows the highly successful breakout single “head first,” which maintains staggering momentum since its May 2019 release. Amassing over 25 million worldwide streams collectively, and averaging over 175k daily streams thanks to features on Spotify’s top playlists like Pop Rising and Young & Free, the alt-pop gem keeps fans hypnotized, mesmerized globally.

A once pre-med student at his home state’s University of Indiana, French has quickly cemented himself as a force to be reckoned with. CLASH dubbed him a “reflective…American riser” and Ones To Watch proclaimed, “his classic pop sound melded with his charming vocals is to die for.”

This summer, French will release his EP, good things take time, on Disruptor Records/RCA Records, a collection which includes “i think too much,” plus singles “crowded room” and “time of our lives,” songs that have each surpassed millions of streams to date.

Two years ago, Christian French, a hockey lover and Fisher, Indiana native, put his pre-med textbooks on the shelf forever to follow his true passion using his music to share his perspectives on life.  Today, Christian has become America’s indie-pop prince. Starting out with covers on Soundcloud, emulating his favorites John Mayer, Gavin Degraw, and Adam Levine, Christian eventually dropped out of Indiana University and migrated to Los Angeles to pursue his dream.  It was there in 2018, while sleeping on various friends couches, that he penned his first single “love ride”, which has amassed over 19 million streams globally and helped him build a rabid fanbase and set the tone for the future. Just a year later, Christian joined friend and fellow pop artist, Chelsea Cutler, on a nationwide sold out North American tour followed by another even bigger tour with Quinn XCII.  By the end of 2018, Christian spent all his savings recording and releasing his independent debut EP, “natural colors” amassing over 25 million streams to date. In 2019, Christian signed to Disruptor Records/Sony Music and released his “bright side of the moon” EP featuring his biggest hit of his career “head first,” and embarked on his debut headlining tour. With rock scope, pop palatability, and lyrical vulnerability his most recent singles “time of our lives” and “crowded room” showcase the nuances of his style and encompass some thoughts of his journey thus far.