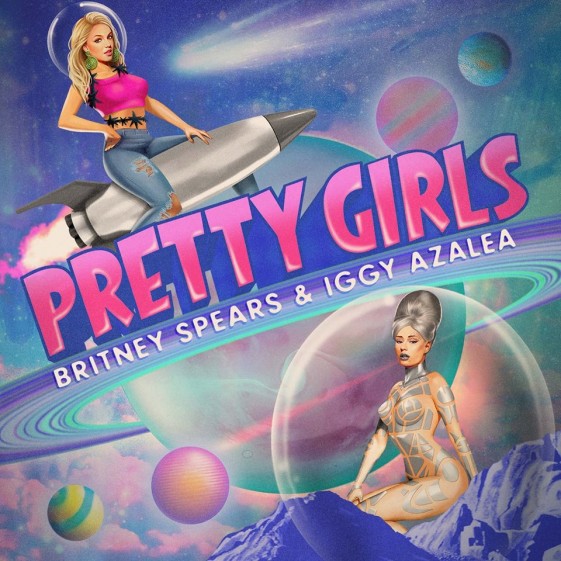 This past weekend, Britney teamed up with Uber to give lucky fans in Los Angeles the chance to hear the single before anyone else. Fans were able to request a “Bee” branded Uber SUV and preview the song as many times as they wanted before their ride ended. Britney is the first artist to use Uber to release a single.

Britney & Iggy will hit the stage for the debut television performance of “Pretty Girls” on May 17th at the 2015 Billboard Music Awards on ABC.

Multi-platinum, Grammy Award-winning pop icon Britney Spears is one of the most successful and celebrated entertainers in pop history, and makes her triumphant return to national television with this special performance. In a little more than a decade, Spears sold nearly 100 million records worldwide, making her the fourth best-selling female artist ever in America. Born in Mississippi and raised in Louisiana, Spears became a household name as a teenager when she released her first single “…Baby One More Time,” an international hit that broke sales records with more than 27 million copies sold worldwide and is currently 14x Platinum in the U.S. Her musical career boasts nearly 100 million albums sold worldwide and countless awards and accolades, including the 2011 MTV Video Vanguard Award and Billboard’s Best-Selling Female Artist of the Decade (1998-2008). So far, Spears has earned a total of five No.1 debut albums and 24 Top 40 songs in her career. Spears has been nominated for eight Grammy Awards and won for Best Dance Recording in 2005. Her cutting-edge pop concert Las Vegas residency, “Britney: Piece of Me,” at Planet Hollywood Resort & Casino has been voted “Best Show in Las Vegas” and “Best Bachelorette Show in Las Vegas.” Spears also has been creating fragrances for over ten years, and recently added two new fragrances giving her a total of 15 fragrances available in 87 countries around the world. In 2014, she launched her sleepwear line, The Intimate Britney Spears Collection www.intimatebritneyspears.us.