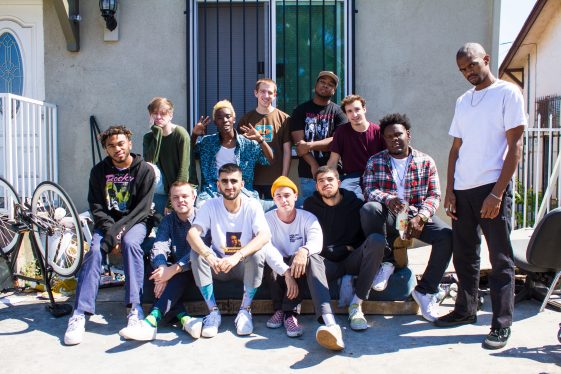 Initially announced on March 30, along with an assist from Jaden Smith, Kevin Abstract explains the group’s decision to sign with the iconic label via Instagram: “They understood that we wanted to be the biggest boyband in the world and I’m a firm believer in not being able to do everything on your own. Find people whose morals and vision align with yours and follow that.”

RCA Records’ Chairman and CEO Peter Edge comments: “BROCKHAMPTON represents the new wave of forward-thinking groups with their own set of thought-provoking aesthetics. They continue to break down stereotypes and question the norm by redefining and creating music that resonates with today’s generation.”

This past December, BROCKHAMPTON released their third album SATURATION III, and the group is already teasing the project’s follow-up to be released on RCA Records.

BROCKHAMPTON recently announced their Stereo Spirit American and European tours. The US edition of the Stereo Spirit tour will see BROCKHAMPTON play 12 shows in May and June in addition to a slew of previously announced festival sets, including Coachella, Governors Ball, Boston Calling, Bonnaroo, and Ottawa Bluesfest.  Click here for tour dates.