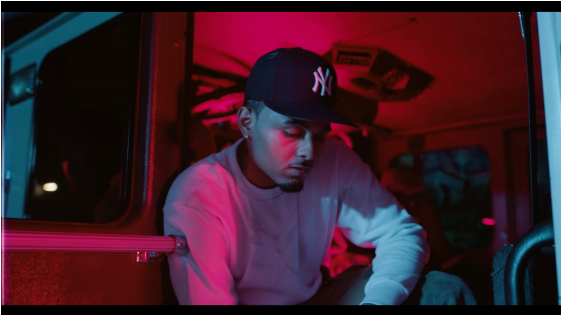 Raised in Brooklyn’s Cypress Projects, Ryan is no stranger to hard work and perseverance. From a young age he was exposed to music, starting with his mother whose life-long dream was to become a singer. She became a teacher to have more time to focus on raising her son, but still kept the music alive within him. He would listen to his mom’s favorites like Mary J. Blige, Michael Jackson, Jodeci and Usher, while also getting into New York City street rap. He studied battle rap, fascinated by its competitive nature and likened it to the sports he played in school. This all plays a part of who Ryan is today and how he creates his own music – the writing crisp like rap, but the melodies, his voice and overall vibes are undoubtedly 90’s R&B.

His debut EP marks Ryan’s official emergence in the music industry as an artist and his signing with StormTroopers/RCA Records. The project is explain various stories and experiences with love. Tracks like “Back Up” peer into Ryan’s upbringing, but also his cultural background as a Jamaican, African American and Puerto Rican. With releasing just two tracks prior to this project, including the popular single “Real One”, Ryan has garnered over 1.3 million streams worldwide and counting.

Keep Up with Ryan:

Born in East New York and raised in Brooklyn’s gritty Cypress Projects, Ryan Witherspoon, better known as the mononym Ryan, has a strong pedigree in the music industry from the studio to the streets. With the release of his debut EP Games We Play, the Brooklyn wunderkind is geared to change the game, bringing real artistry back to music. His mother was a singer, almost signed by Quincy Jones, but she later became a teacher to have more time to focus on raising her son, but still kept the music alive within him. He would listen to his mom’s favorites like Mary J. Blige, Michael Jackson, Jodeci and Usher, while tempering them with New York City street rap. He studied battle rap, fascinated by its competitive nature and likened it to the sports he played in school. When delivering water to a recording studio one day, it ended up being to Diddy at Daddy’s House. Ryan met Diddy’s son Christian (bka King Combs) and told him that he was a rapper and they became fast friends. Ryan ultimately started building his resume, networking with top R&B and Hip-Hop artists and executives. He was then fortuitously introduced to industry titan Wayne Barrow, who introduced him to his business partner, fellow industry veteran Mark Pitts, which then led to his signing to StormTroopers/RCA Records.

With his own music, Ryan’s focus gradually shifted more from rapping to singing, no doubt influenced by his ability to write for other artists, while still maintaining the spirit of Hip-Hop. He played his track “Real One” for Chris Brown and Jeremih and they encouraged him to release it. The track became the catalyst that sparked the next steps in his career. He’s got inevitable soul, mixed with ambition and an edge that is a clear testament to his upbringing. His recently released “Back Up” has hints of Caribbean flavor, a nod to Ryan’s Brooklyn upbringing, but also his cultural background (he’s Jamaican, African American, and Puerto Rican). The video comes complete with coordinated dances, reflecting a true dancehall vibe. Ryan’s debut EP Games We Play, out now via StormTroopers/RCA Records,  is an amalgam of every element of R&B and Soul music from past to present. The meaning is represented by the title track, as the game of love comes with many pieces.