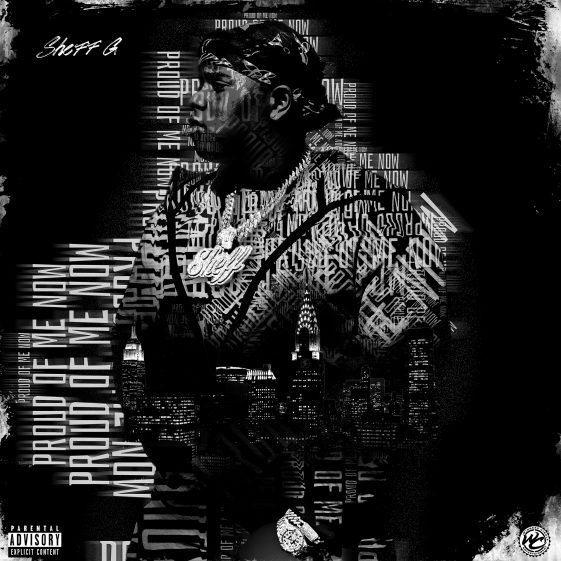 THIRD PROJECT RELEASED THIS YEAR FROM THE WINNERS CIRCLE LEADER

“When Flatbush drill rapper Sheff G is at the peak of his powers, his songs are exhilarating…His raps feel like wind sprints.” – Pitchfork

“…undeniable lyrical dexterity and the fact that his vision is focused well-beyond just his current Brooklyn borough.” – Hypebeast

[New York, NY – December 16, 2020] Sheff G, the leader of Brooklyn’s premier crew and label, Winners Circle Entertainment, closes out 2020 with the release of his debut album Proud of Me Now (Winners Circle Entertainment/RCA Records).  With Great John (“on the beat by the way”) helming production, Proud of Me Now is a coming-of-age lyrical journey where Sheff details his evolution – from his slip-ups to his come ups. Click here to listen.

Sheff kicked off Proud Of Me Now with the release of two singles, “No Negotiations” and “Lights On,” both which further exemplified why Vulture named him as part of “NY’s Next Rap Generation.” Throughout the album, Sheff continues to play between a smooth flow and guttural style, leading beyond the Brooklyn drill movement.

Sheff G is also proud to have been chosen as Audiomack’s latest UpNow artist, their signature program dedicated to spotlighting and promoting the next generation of global music superstars. Announced earlier today by the streaming platform, Sheff G currently graces the cover of their popular UpNow Playlist and will be prominently featured across their channels with specialized marketing, editorial, social support, playlisting, custom videos, and more.

Over the past two years, and particularly throughout this summer, Sheff G kept the streets of Brooklyn and beyond ablaze with several drops, including his previous mixtape Just For Ya’ll, which garnered over 9.6M streams across all platforms, and the One and Only EP, ranked #21 on Complex’s list of 2020’s best albums so far. Sheff G’s rise to stardom began in 2016 creating a local hit, “Nightmare,” produced by Great John in his living room. The following year, he released his breakout hit “No Suburban,” followed by acclaimed 2019 project, The Unluccy Luccy Kid. Sheff showed no signs of slowing down dropping “No Suburban Pt. 2” which received over 21.2M streams. With each release, Sheff G displays a raw style addressing blunt realities with authenticity.

LISTEN TO PROUD OF ME NOW

Incorporated in 2019, Winners Circle Entertainment includes label co-owner Sheff G, Sleepy Hallow, Eli-Fross and producer Great John, who handles a majority of the label’s music production. Co-owned and operated by a solid management conglomerate which is made up of Jeremy “Jerm” Soto and Karel “White” Jorge.  On the heels of the partnership with RCA Records and Winners Circle Entertainment co-led by Sheff G and Sleepy Hallow, the collective are on a mission to create a culture-defining legacy and sound.  Winners Circle kicked off the partnership with a Sleepy Hallow single, “Tip Toe,” featuring Sheff G. The track delivered gritty verses while juxtaposing a playful sample popularized by Tiny Tim’s ukulele driven hit, “Tiptoe Through the Tulips.”