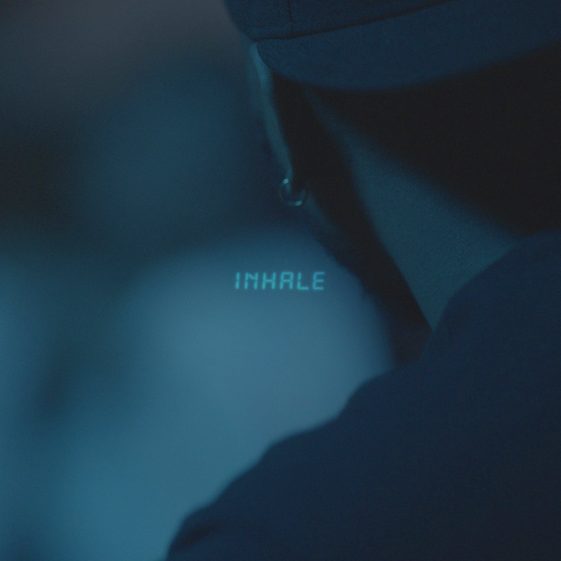 [September 3, 2020 – New York, NY] Today, chart-topping, multi-platinum selling, Grammy-Award nominated recording artist Bryson Tiller makes his official return with the release of his new single and visual for “Inhale” which will appear on his forthcoming third studio album out this fall via Trapsoul/RCA Records. Click HERE to listen/watch.

“Inhale” which is produced by Dpat (Wiz Khalifa, Brent Faiyaz), continues with the introspective style that Tiller is known for while sampling SWV’s “All Night Long” and Mary J. Blige’s “Not Gon Cry.” The sensual and moody visual is directed by Tiller’s frequent collaborator Ro.Lexx.

After treating fans to several releases on Souncloud, “Inhale” is the first official single release from Tiller following his critically acclaimed sophomore album, True To Self (2017), which topped the Billboard 200 albums chart upon release with Variety proclaiming it “one of the biggest records of the summer, if not the year.”

Most recently Tiller has collaborated with Summer Walker for “Playing Games,” fellow Louisville native Jack Harlow for “Thru The Night,” Wale for “Love…Her Fault” and H.E.R. for “Could’ve Been” which earned the duo a Grammy nomination for R&B Performance in 2020.

Listen/watch “Inhale” and keep an eye out for more from Bryson Tiller coming soon.

Bryson Tiller has captivated fans since his inception with the success of his 2015 debut album, T R A P S O U L.  Following up in 2017 with his sophomore album, True To Self, which clinched the #1 spot on the Billboard 200 chart, Tiller staked his claim as one of the young greats in R&B/Hip-Hop.

True to Self, now RIAA certified Gold, was the artist’s first #1 debut in the US, also claiming the top spots on the Top R&B/Hip Hop Albums, R&B Albums and Digital Albums. The album has been streamed over 1.6 billion times worldwide to date. Tiller’s debut album T R A P S O U L also reached significant milestones, including RIAA 3x Platinum certification with over 5.8 billion streams in the U.S.  Album tracks “Don’t” and “Exchange” are certified 4x Platinum, “Sorry Not Sorry” and “Overtime” are certified Platinum and “Rambo” is certified Gold by the RIAA. Among his many accomplishments, Tiller was nominated for a GRAMMY (Best R&B Song for “Exchange”), won two BET Awards for Best New Artist and Best Male R&B/Pop Artist and has sold-out 2 consecutive tours” the “T R A P S O U L Tour”  and “Set It Off Tour.”

Tiller has collaborated with some of the biggest names in music, including DJ Khaled and Rihanna on “Wild Thoughts” which the trio performed at the 2018 Grammy Awards, Summer Walker’s “Playing Games” and H.E.R. on “Could’ve Been” which earned him his second Grammy for R&B Performance in 2020.