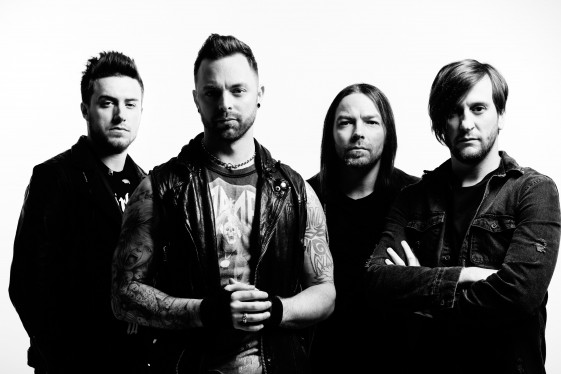 UK metal band Bullet For My Valentine will return to North America in 2016 for “The British Invasion Tour” in support of their newly released album, VENOM, in stores everywhere on RCA. The tour will also feature opening UK band Asking Alexandria. Tickets will go on sale September 25th to the general public.

Bullet For My Valentine’s fifth studio album, VENOM, recently debuted at #1 on the Billboard Hard Rock Albums Chart, #8 on the Billboard Top 200 Chart and claimed #1 Album in Australia, #2 in Germany, #3 in UK and #4 in Canada. The record was produced by Carl Bown and Colin Richardson (Slipknot, Machine Head, Trivium) and features 11 hard hitting tracks that take fans back to the heaviness of the band’s earlier releases with songs like “No Way Out,” “You Want A Battle? (Here’s A War)” and “Army Of Noise.”

The band recently wrapped up a summer long run in the U.S. with Slipknot and Lamb of God and are currently gearing up for a fall European tour followed by Ozzfest in Japan and Soundwave Festival in Australia.

VENOM is receiving extraordinary critical response across the board from the likes of Guitar World, Kerrang!, Revolver and more…

“We’ve been waiting for a metal record like this all year that’s as intricate as it is infectious. This is Bullet For My Valentine’s masterpiece and their moment. This is Venom.” – ArtistDirect.com

“On Venom, the group head back to their roots to spit fire…a very welcome return to the harder stuff…”Revolver “…Britain’s biggest heavy metal export since Iron Maiden.” – Revolver

“With full throttle aggression and an onslaught of six-string mayhem, the disc more than lives up to its name – Guitar World

“Venom is a fine return to form that proves there’s still plenty of gasoline left inside these Welsh metal monsters.” – Outburn

“Venom has injected a whole new life into the British Metal heroes.” – Kerrang!

Buy/Stream their single “You Want A Battle? (Here’s A War)”: