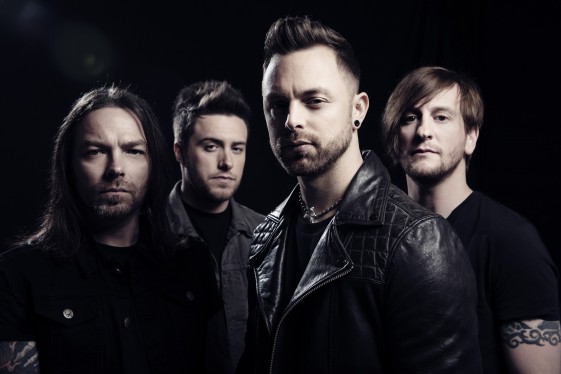 UK metal band Bullet For My Valentine today releases the video for their new single “Venom,” the title track from their critically acclaimed #1 album. Directed by Stuart Birchall and produced by Jamie Whymark for Kode Media, the video is the conceptual follow up to the storyline in their video for “You Want A Battle? (Here’s A War),” also featured on their new album VENOM. CLICK HERE to watch the video for album title track “Venom.”

In addition, beginning today as part of their “Album of the Week” promotion, Google Play will be offering a free deluxe bundle of their current album VENOM, plus a bonus exclusive 6 song live performance EP entitled LIVE FROM KINGSTON. (Find EP track listing below.) Click to get it on Google Play http://smarturl.it/VenomGPD.

The band recently announced their return to North America in 2016 for their “The British Invasion Tour” in support of their newly released album, VENOM, in stores everywhere on RCA. The tour will also feature opening UK band Asking Alexandria.

Album in Australia, #2 in Germany, #3 in UK and #4 in Canada. The record was produced by Carl Bown and Colin Richardson (Slipknot, Machine Head, Trivium) and features 11 hard hitting tracks that take fans back to the heaviness of the band’s earlier releases with songs like “No Way Out,” “You Want A Battle? (Here’s A War)” and “Army Of Noise.”

The band recently wrapped up a summer long run in the U.S. with Slipknot and Lamb of God and are currently on their fall European tour followed by Ozzfest in Japan and Soundwave Festival in Australia.