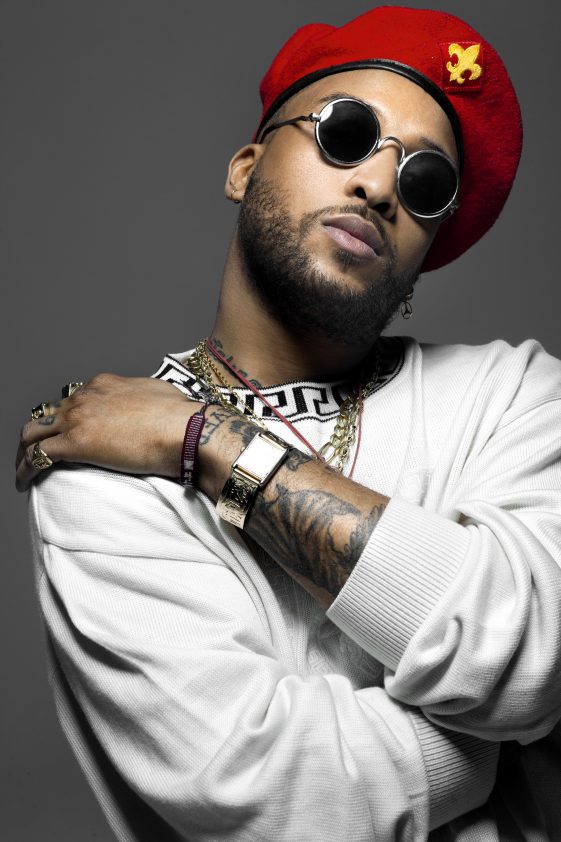 [September 9, 2016] On the heels of his #1 entry on the Urban Adult Contemporary radio chart with his hit single “Permission,” ByStorm Entertainment/RCA Records artist Ro James announces that he will join Maxwell and Mary J. Blige on their “King and Queen of Hearts” World Tour this fall.

After joining Maxwell on his “SUMMERs’ Tour,” James will hit the road once again for the “King and Queen of Hearts” tour starting in Cologne, Germany on October 19th and will make stops throughout Europe including Amsterdam, London and more.  The U.S. leg of the tour will kick off November 5th in Baltimore, Maryland and will make stops in major cities across the U.S. including New York, Los Angeles, Atlanta and more.

On joining the tour Ro James says, ““I’m blessed to share the stage with two iconic artists from New York who have both inspired my journey coming up. I’m looking forward to sharing my story, one stage at a time! Let’s go!”

General public on sales start today, at 10am local time. Every online ticket order will include a copy of Maxwell’s latest album ‘blackSUMMERS’night’ and Mary J. Blige’s forthcoming album. Additionally, a portion of the proceeds from every ticket will be donated to Artists of Peace and Justice.

“King and Queen of Hearts” US Tour Dates:

Born in Stuttgart, Germany to a military father turned preacher, Ro James found himself moving around for most of his childhood. From Indiana, California, Hawaii, Oklahoma to the place he now calls home, New York, music was always in the forefront of James’ life. His musical inspirations come from the sounds of Johnny Cash, Prince, Tupac, Jodeci, and more. Since his emergence in 2013, Ro James has worked with the likes of Miguel, Snoop Dogg and Brenmar. That same year he also released an EP trilogy: Coke, Jack & Cadillacs, which received critical praise from outlets such as The FADER, The Source, VIBE, and HypeTrak. Since then James has been covered by outlets including Interview Magazine, Rolling Stone, Us Weekly and more. Noisey calls his music, “a subtle blend of smoothed out, soulful R&B…” and Billboard declares “James’ sound is reminiscent of the greats, think Prince meets D’Angelo…” Combining these influences with his journey, he has crafted his best work to date on ELDORADO. Released, May 27th, James’ debut album ELDORADO entered the charts at #3 on The Billboard R&B Albums Chart and #8 on the Top Hip-Hop/R&B Albums Chart. With Ro’s soulful grit, impassioned vocals and clear vision as an artist, he is poised to be music’s next big breakout star.