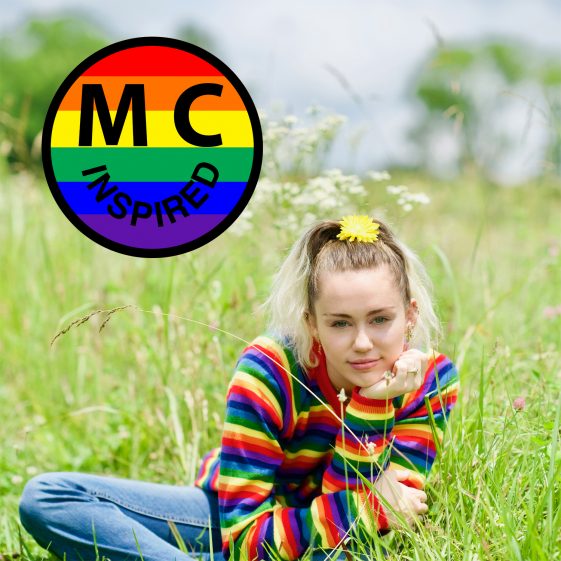 (Los Angeles, CA) — In celebration of Pride Month, global superstar, Miley Cyrus releases her new song “Inspired”. Miley recently performed “Inspired” at the “One Love Manchester” Benefit Concert this past Sunday, and recorded the song in her hometown of Nashville, TN. It will be on her forthcoming album due for release later this year. Miley will be making a donation to the Happy Hippie Foundation in honor of “Inspired”, a song for #hopefulhippies everywhere with a vision of unity that overcomes division as well as a passionate call-to-action for young people to engage in their communities and help create social change. “Inspired” is available now at all digital retail providers.

Miley Cyrus’ latest single “Malibu” has well over 100 million streams and 337K track sales worldwide in less than 1 month. It is #18 at Top 40 Radio, and #21 on the Billboard Hot 100. The music video for “Malibu” has also garnered well over 100 million views on VEVO. She performed the song for the first time at KIIS FM’s Wango Tango on Saturday, May 13th at StubHub Center in Carson, California and for the first time on TV on the ABC’s Billboard Music Awards on Sunday, May 21st.  Miley also performed “Malibu” on the season finale of NBC’s The Voice on Tuesday, May 23rd, and on NBC’s Today Show’s Summer Concert Series on Friday, May 26th.   Most recently, Cyrus was an instrumental participant in the “One Love Manchester” benefit concert where she helped raise over $12MM for victims of the recent Manchester bombing.  Along with her new song “Inspired”, Miley performed “Happy” with Pharrell Williams and a cover of “Don’t Dream It’s Over” alongside Ariana Grande.  Her next performance will take place at iHeart Media’s iHeartSummer ’17 Weekend By AT&T taking place at Fontainebleau Miami Beach Saturday, June 10th. Stay tuned for more performances to be announced.

About The Happy Hippie Foundation

To Buy or Stream “Inspired”:

Miley Cyrus She Is Coming, Out Now First Of Three EPS