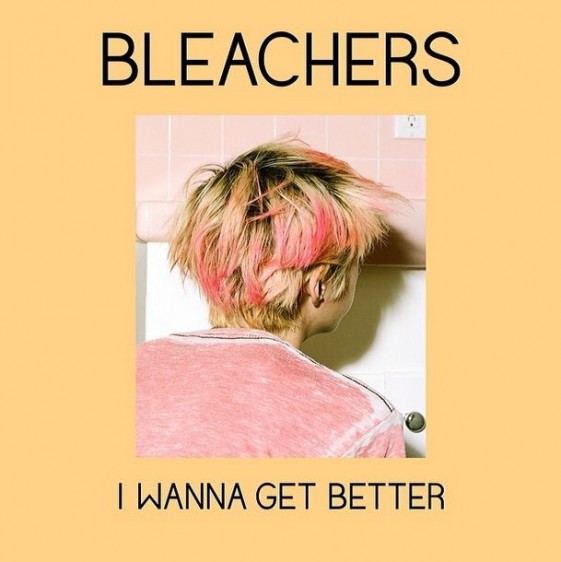 Check out the press on Bleachers’ new single “I Wanna Get Better”!

The Huffington Post
“Bleachers’ ‘I Wanna Get Better’ Is Basically The Song Of The Summer In February.”

Time
“I Wanna Get Better” is a great first effort; it’s exciting to imagine what else Antonoff has up his sleeve.”

Entertainment Weekly
“I Wanna Get Better,” the first single from Bleachers, features a sing-along-ready chorus with group vocals and optimistic lyrics.”

Billboard.com
“I Wanna Get Better,” an idiosyncratic pop blast that mirrors fun.’s fearless grandiosity while placing the buoyant shouts of the Grammy-winning group’s guitarist front and center.”

Teen Vogue
“I Wanna Get Better” is a repeat-worthy indie-pop gem that has sunny summer vibes and a touch of punk-kid cool.”

Nylon
“…now that the first single “I Wanna Get Better” is out into the world, we can confirm that the rest of the album is just as amazing.”

MTV
“The song has the same triumphant uplift of Fun.’s greatest hits…”

Neon Gold
“Somehow that massive chorus feels like it belongs in the ’90s, the ’00s, now and tomorrow all at the same damn time, and if this isn’t sync gold for every young adult coming-of-age film this year (wonder if these guys know anyone at Girls?), then we don’t know what is.”

Examiner.com
“Antonoff’s solo single is a colorful, stream of consciousness-like trip back to one of the best periods in pop music.”

Under The Gun
“I Wanna Get Better” is a righteous blast of eighties-inspired rock and roll, complete with upbeat lyrics and Antonoff’s signature guitar sound.”