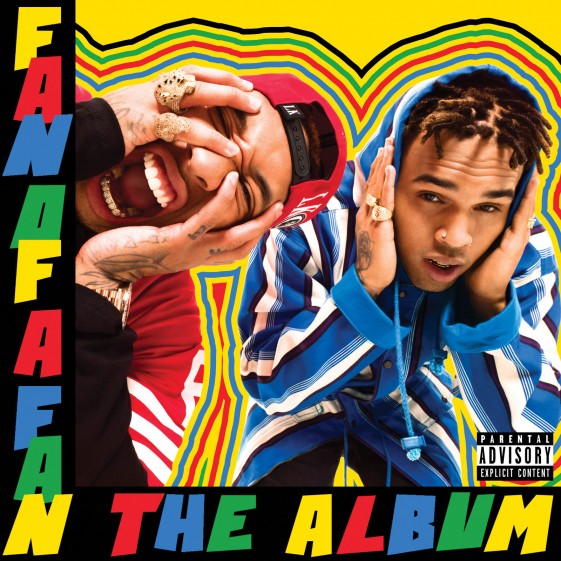 Chris Brown And Tyga Reunite For ‘Fan Of A Fan: The Album’

Chris Brown and Tyga reunite for their highly anticipated collaborative album Fan of a Fan: The Album, set for release on February 24 via RCA Records/Young Money Entertainment/Cash Money Records. The follow up to their 2010 Fan of a Fan mixtape, which featured the massive #1 hit single “Deuces,” the new album will be available in standard and deluxe editions. Both editions of the album will be available for pre-order at select digital and physical retailers on February 10. Fans who pre-order the album will receive an instant download of “B****es N Marijuana” featuring ScHoolBoy Q.

The winning combination of Chris and Tyga, along with Lil’ Wayne, was evident when their recent smash hit “Loyal” ruled the charts last year, selling over one million singles in the U.S. Fan of a Fan: The Album’s lead single “Ayo,” is poised for the same trajectory having accumulated one million streams and sales of over 120k since its release. “Ayo” has been touted as “another strong addition to the duo’s steadily growing catalogue of hits,” by HotNewHipHop.com, while Complex declared “the two heartthrobs seemingly haven’t missed a step… Chris provides the fun loving and catchy chorus while Tyga handles the song lyrically, with the two going back and forth in the last verse showing off their uncanny chemistry with one another…”

Chris Brown arrived on the music scene in 2005 as a 16-year-old with his hit single “Run It!” Since then he’s racked up 7 million album sales in the U.S., six No. 1 singles (two on the Hot 100; four on Hot R&B/Hip-Hop Songs), 11 top 10 Hot 100 singles and 22 top 10 singles on Hot R&B/Hip-Hop Songs. Meanwhile, his total song sales stand at 41 million and he has over one billion views on VEVO. Adding the coveted Grammy Award to his collection, Brown is the recipient of over 40 awards, including a Billboard Music Award for Top R&B Artist in addition to the 2012 BET Awards for Best Male R&B Artist and the 2012 MTV Video Music Awards for Best Male Video and Best Choreography for “Turn Up the Music.” Brown is currently nominated for three Grammy Awards, including Best Urban Contemporary Album for X.

Multi-platinum recording artist. Entrepreneur. Fashion tastemaker. At only 25, Tyga has established himself as a leader among the “new” west coast movement. With massive hits under his belt like “Faded,” “Rack City,” “Deuces,” and “Hookah,” Tyga shows no signs of letting up with the forthcoming release of his next solo effort – “The Gold Album: 18th Dynasty.”