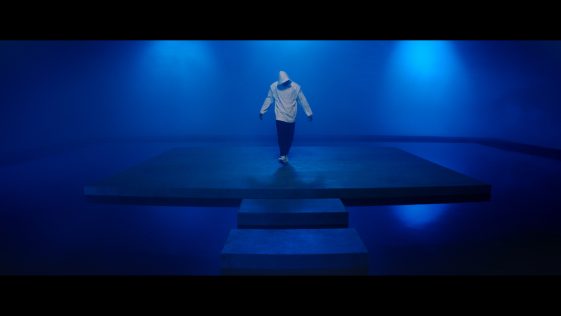 [New York, NY – June 22, 2018] The Grammy Award winning and multi-platinum-selling singer-songwriter, Chris Brown, is back with another video, this time for “To My Bed,” from his RIAA Certified Platinum album Heartbreak on a Full Moon. Click here to watch Chris show off his classic moves in this clip.

The video was directed by Chris Brown and Daniel CZ (G-Eazy, Jeremih, Mac Miller) and produced by Riveting Entertainment.

Heartbreak on a Full Moon, debuted as his seventh #1 on the R&B/Hip-Hop Albums chart and #3 on Billboard 200 chart, his eighth Top Ten solo album debut on the Billboard 200 chart. Internationally, Brown debuted Top 10 in the UK (#10), Australia (#5) and New Zealand (#3). It has since garnered over 3 billion streams worldwide and continues to grow.

Chris Brown is returning to the stage with his Heartbreak On A Full Moon Tour. He’s joined by hip-hop and R&B rising stars and some of today’s hottest acts with very special guest 6lack, and including H.E.R. and Rich the Kid. The 27-city tour produced by Live Nation kicked off on June 19 at the White River Amphitheatre in Seattle, WA and will make stops at major amphitheaters and arenas around the U.S. before wrapping August 4 at the T-Mobile Arena in Las Vegas, NV. Tickets are on sale now at LiveNation.com.

WATCH “TO MY BED” VIDEO: http://smarturl.it/TMBCB

WATCH “HOPE YOU DO” VIDEO: http://smarturl.it/HYDCB/youtube