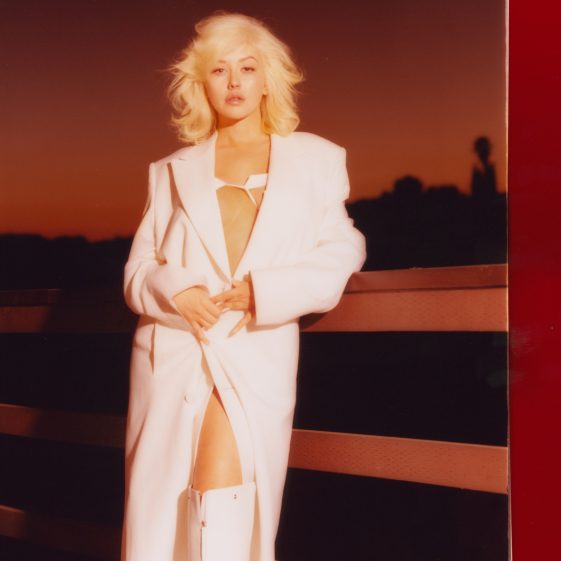 (Los Angeles, CA)—Today, global superstar Christina Aguilera releases her brand-new track “Like I Do” featuring critically acclaimed rapper GoldLink. The track follows the release of “Accelerate” feat. Ty Dolla $ign and 2 Chainz, “Twice,” and “Fall In Line” feat. Demi Lovato. Christina Aguilera and Demi Lovato performed the world television debut of “Fall In Line” on the 2018 Billboard Music Awards. USA Today said they “lit up the stage with some of the strongest vocals of the night,” Billboard called the performance an “explosive duet battle,” and Vogue stated that they were “a joined force to be reckoned with.”“Like I Do” feat. GoldLink, along with previously released “Fall In Line” feat. Demi Lovato, “Twice” and “Accelerate” feat. Ty Dolla $ign and 2 Chainz will be included on Christina’s upcoming 6th studio album Liberation, which will be released on June 15th via RCA Records and is available for pre-order now. Fans who pre-order the album will also receive all four tracks as instant-grats. See full album track listing below.

Recently, Christina also announced her upcoming North American tour this fall. This will be her first tour since 2008, which will kick off on September 25th and travel to 22 cities, performing at many of North America’s most intimate venues including two dates at New York’s Radio City Music Hall, two dates at The Chicago Theatre, and stops in Boston, Oakland, Denver, Los Angeles, Las Vegas, and more. It has also just been announced that seven-time GRAMMY® Award-winning musician Big Boi will be supporting Christina in select cities. Tickets are on sale now at www.livenation.com. Every online ticket purchased for Christina Aguilera’s 2018 tour includes a standard CD copy of her new album, Liberation. Instructions on how to redeem a copy will be provided by Ticketmaster within 24 hours of ticket purchase via email. See full list of tour dates below.

Christina Aguilera will be performing as part of the Today Show’s 2018 Citi Concert Series this summer on Friday, June 15th.

About GoldLink
Where the intersections of the DMV (DC, Maryland and Virginia) collide, GoldLink is a direct product. Washington, D.C., and the broader DMV area, have long been treated like a musical Rubik’s cube. There are bursting, Technicolor patches of musical brilliance, but the component parts never line up in a way that made sense to those on the outside. GoldLink is not interested in spelling out all the nuances of his hometown; what he does aim to do is synthesize his environment’s litany of influences and inspirations into something unique, singular, and all together his own.