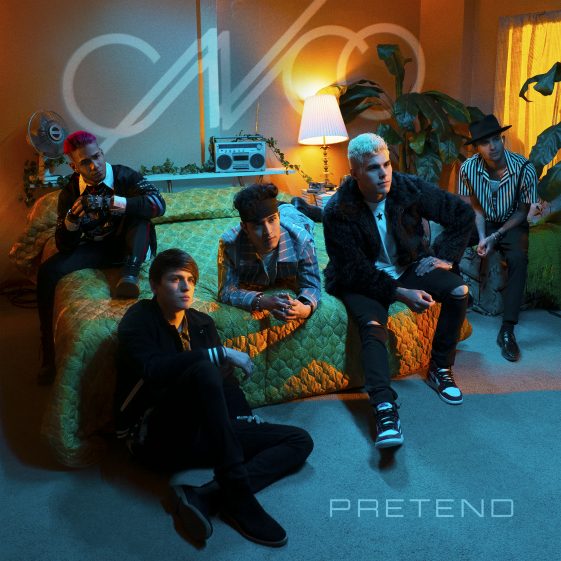 Get it HERE via RCA Records/Sony Music Latin.

Standing out as an international pop force of nature, the group once again deliver an irresistible anthem with seismic energy and undeniable hooks. Featuring impressive vocals in both English and Spanish, the track speaks to CNCO’s growing influence and impact stateside. Appropriately, “Pretend” arrives in the midst of a stacked U.S. tour, which has sold out venues coast-to-coast.

With sold out shows and more music on the way, CNCO remained poised a major mainstream U.S. takeover in 2019.

Since making their debut in 2015, CNCO have quietly become one of the biggest acts in the world. With over 3 billion cumulative streams, 6.5 billion total music video views, 12 GOLD and PLATINUM certifications in the U.S. alone and countless sold out shows, their influence can be felt in nearly every corner of the globe. The group was crowned “The Best Latin Artist in 2018” at the People’s Choice Awards and have also achieved 10 Latin American Music Awards, 5 Premios Juventud, 5 Premios Lo Nuestro, 4 Billboard Music Awards, 3 Premios Tu Mundo, 2 iHeartMusic Awards, and 2 Teen Choice Awards thus far. Additionally, they have collaborated with everyone from Little Mix and Becky G to Enrique Iglesias, Prince Royce, and Yandel, in addition to sharing the stage with the likes of Ariana Grande and Nicky Jam. Right now, the group is working on new music.