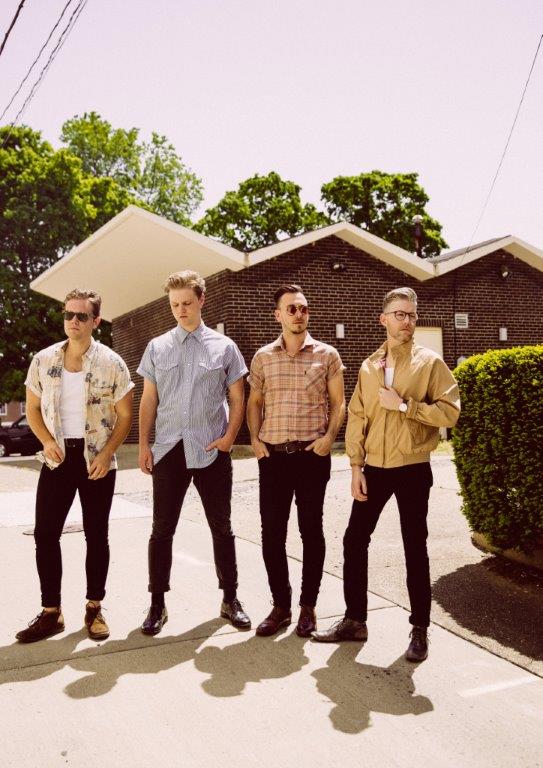 KICKING OFF 9/14 IN BOSTON, MA AT HOUSE OF BLUES

(New York –August 2, 2017) Nashville-based indie pop/rock band Colony House today announce their new fall tour dates with MuteMath, kicking off September 14th in Boston, MA at the House of Blues. In addition, the band will be performing at Lollapalooza this Saturday 8/5 and upcoming dates later this month in Leawood, KS (8.10), Boulder, CO at the FMQB Triple A Conference (8.11), and the Red Brick Roads Music and Artist Festival in Clinton, MS (8.26). They are also performing at upcoming festival dates including Pilgrimage 9/23 in their hometown of Franklin, TN and New Orleans’ Voodoo Festival on 10/28.

Tickets are on sale now and available at www.colonyhousemusic.com

Colony House has spent the last few months on the road on a headlining tour and on dates with NEEDTOBREATHE.

Their high energy show has been met with tremendous critical praise on their mostly sold-out headlining tour. The New York Times describes their music:  “…full of shout-along choruses that echo arena-rock stalwarts like U2,” while Creative Loafing Charlotte writes, “Colony House got the crowd moving with a set full of upbeat, pop-infused indie rock…offering plenty of sing-alongs in the process.”

Since its release in January, the press has been raving about Colony House’s second studio album ONLY THE LONELY which features singles “You Know It” and “You & I.”  Entertainment Weekly included the album on their “Must List” and describes the album “…fuses swampy blues, scuzzy garage rock, and infectious indie pop…its massive jams will sound great booming from a festival stage…” while Huffington Post – A-Sides proclaims, “Nashville’s Colony House are back and better than ever…[they] have expanded their sound in so many ways…” and Noisey writes “[Only The Lonely] is a bright brand of indie-pop.” Colony House performed on The TODAY Show, Late Night with Seth Meyers and CONAN in support of the release of ONLY THE LONELY, and has been spotlighted by NPR Music, Entertainment Weekly, Wall Street Journal, People Magazine, Paste, Noisey, Elle Magazine,  among many others.

ONLY THE LONELY is the follow up to Colony House’s debut album When I Was Younger which featured their breakthrough single “Silhouettes.”

STREAM/BUY ONLY THE LONELY