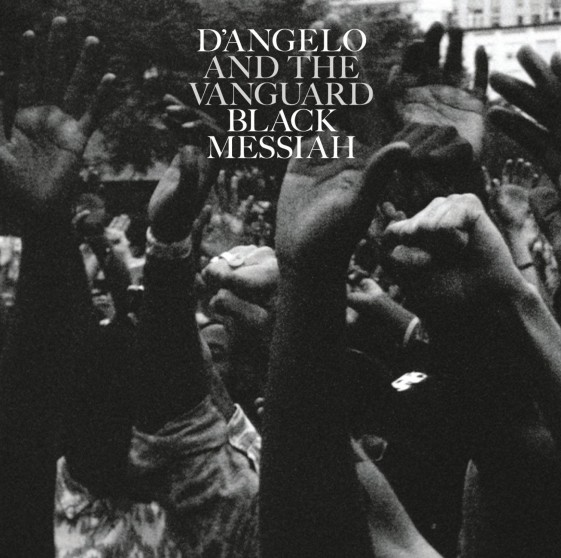 D’Angelo, the Grammy Award winning and multi-platinum selling singer/songwriter/musician/producer, achieves critically acclaimed and chart topping success as his long awaited third studio album Black Messiah, featuring The Vanguard, debuts this week at No. 1 on Billboard’s R&B Albums chart, No. 3 on the R&B/Hip-Hop Albums chart, and No. 5 on the Top 200 Albums chart, according to Nielsen SoundScan.

Black Messiah has been streamed nearly 8 million times worldwide and with topics ranging from protests [“The Charade’] to pollution [“Till It’s Done (Tutu)”], there’s no question that the album’s music and message has impacted fans on a global level. States the Los Angeles Times: “The timing couldn’t be better; it’s almost as if the artist was holding off delivering the record until the times demanded it. With unrest bubbling and the protests continuing, ‘Black Messiah’ seems built as some sort of soundtrack.” Huffington Post cites “The diversity of sound on ‘Black Messiah’ is representative of our reasons to assemble. There is a voice and a feeling – anger, discomfort, paranoia, joy, love, uncertainty – on the album for every united population from New York to Cairo to Hong Kong, and back.”

With its surprise release, Black Messiah has managed to top several of the Best Albums of 2014 lists including Billboard, Noisey and Washington Post, as well as earning one of The Los Angeles Times’ 100 Trophy Moments – “Best long-delayed, potentially disappointing album that was actually a masterpiece.”

D’Angelo will perform songs from this “masterpiece” and other classic hits when he embarks on his “The Second Coming Tour” with his band The Vanguard. The European tour will kick off on February 11, 2015 in Zurich, Switzerland and will wrap on March 7 in Brussels, Belgium.