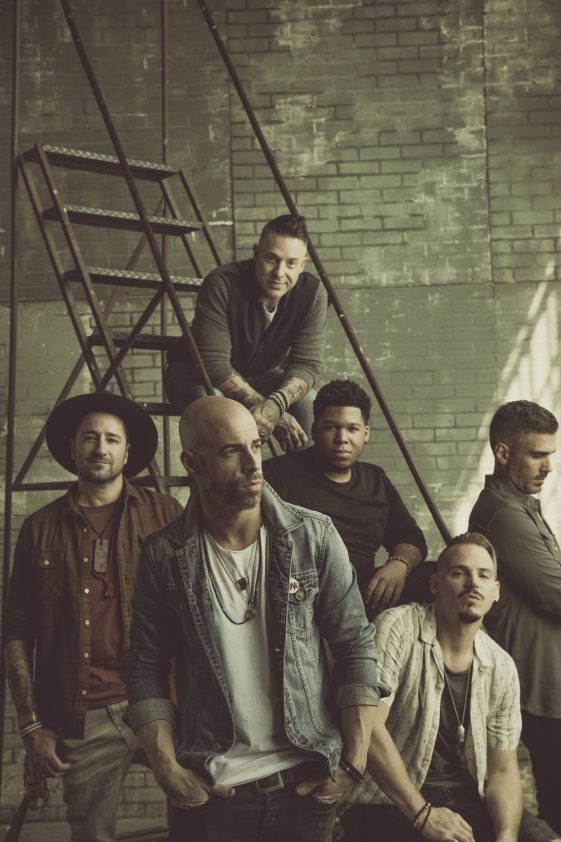 Get it HERE via RCA Records.

With its swaggering riff and soulful chant—“Ya gotta show a little backbone”—this anthem heralds the arrival of the band’s anxiously awaited fifth full-length album due out later this year. Additionally, it paves the way for the first official single coming very soon.

About “Backbone,” frontman Chris Daughtry commented, “This is just a little something to get everyone ready for the record. It’s been so long since we gave you new music that it only felt right to drop something fresh. We’ve put a lot into this music, and we can’t wait to share what’s to come.”

Right now, the boys have been playing the track on their headlining North American tour joined by Sinclair as support. Check out the full itinerary below.

Get ready for more to come from Daughtry in 2018.

Daughtry have released four studio albums, scored four No. 1 hits and garnered 4 GRAMMY nominations. Additionally, the band has sold over 8 million albums and 16 million singles, as well as selling out concerts around the globe. At radio, the band has also earned four No. 1 singles, including the mulit-format hit No. 1 song “It’s Not Over.” Daughtry’s self-titled album was the fastest-selling rock debut in Soundscan history, and its follow up, Leave This Town, marked the quintet’s second consecutive No. 1 album. The band’s third album, Break The Spell, was certified GOLD within four weeks of its release, and their last studio effort, Baptized, produced the certified GOLD single, “Waiting For Superman.”

TO LISTEN OR PURCHASE “BACKBONE”